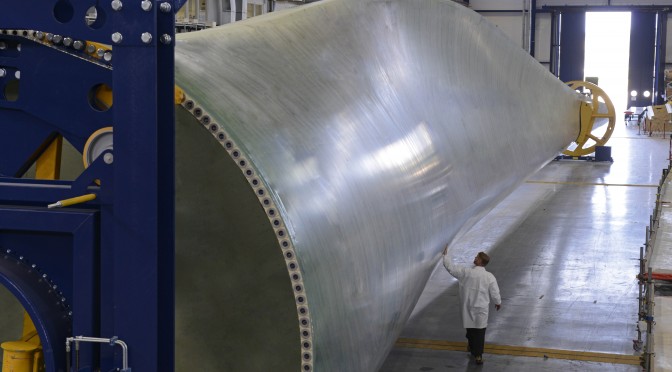 Vestas has produced the first prototype 80 meter blade for the V164-8.0 MW – the world’s most powerful offshore wind turbine – at the R&D centre on the Isle of Wight, UK. The blade will now undergo an extensive testing regime to ensure total reliability.

The 80 meter blade is the longest ever produced by Vestas and uses the structural shell design, a proven concept in which the loads of the blade are carried in the shell, rather than using a spar at the centre of the blade.

The length of the blade is the equivalent of nine double decker London buses and the swept area of the rotor will be 21,124m2, larger than the London Eye.
In order to validate the strength and reliability of the blade it will be tested to its limits for six months, reproducing the challenging wind conditions of the North Sea over a simulated 25 year lifetime.
Chief Technology Officer Anders Vedel explains the tests will provide certainty to customers looking to make large investments in offshore wind.
“Test and verification of the blade is a critical stage of the development of the V164-8.0 MW,” he says. “Moving as much of the verification process as possible into our state of the art test centre ensures the blade, the bearing and other components perform to the high standards our customers expect.” 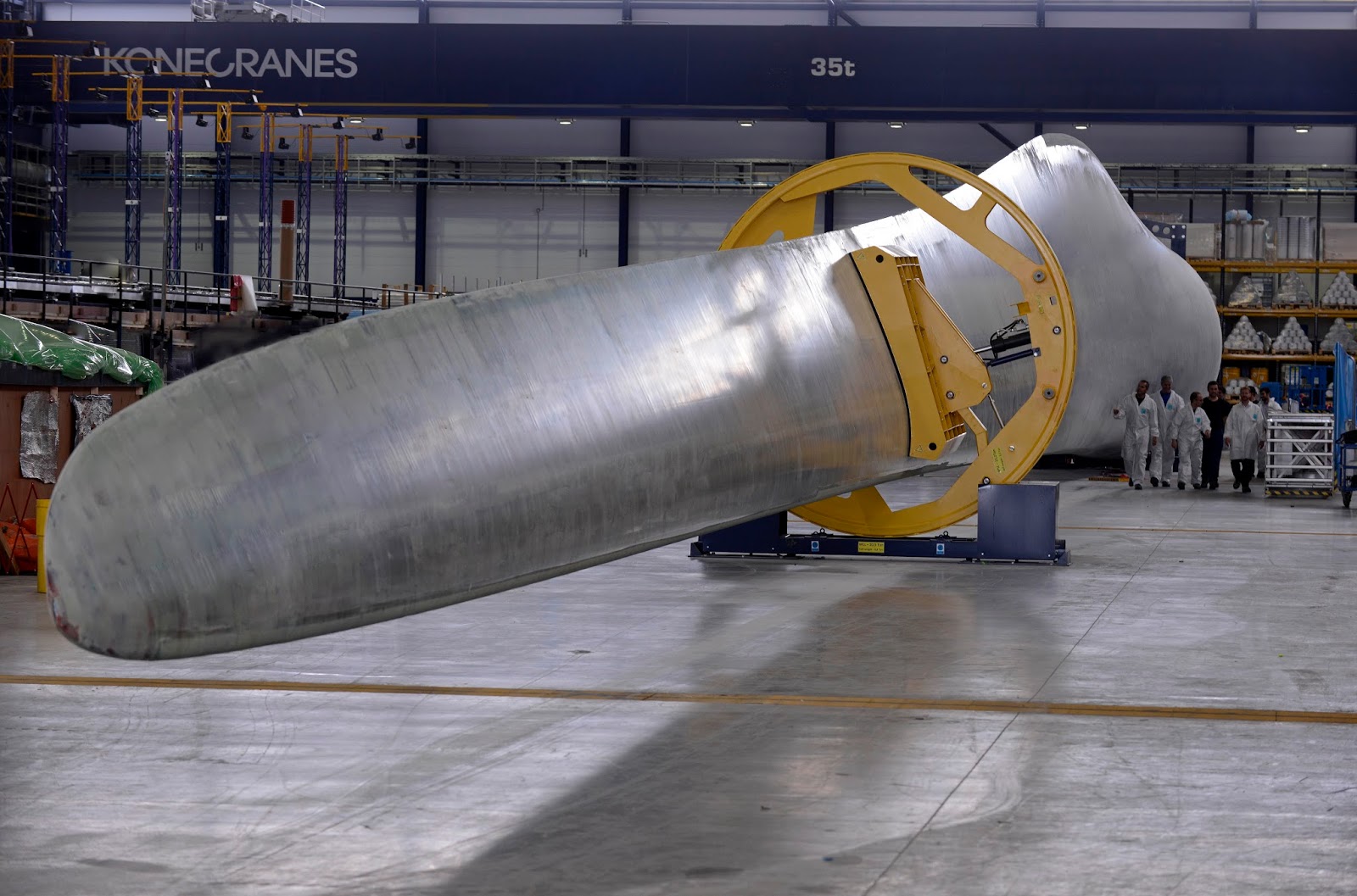 The V164-8.0 MW prototype will be installed in the first quarter of 2014 at the Danish national testing centre in Østerild.
Every single day, Vestas wind turbines deliver clean energy that supports the global fight against climate change. Wind power from Vestas’ almost 50,000 wind turbines currently reduces carbon emissions by over 60 million tons of CO2 every year, while at the same time building energy security and independence.
Today, Vestas has delivered wind energy in 73 countries, providing jobs for around 17,000 passionate people at our service and project sites, research facilities, factories and offices all over the world. With 62 per cent more megawatts installed than our closest competitor and more than 57 GW of cumulative installed capacity worldwide, Vestas is the world leader in wind energy.