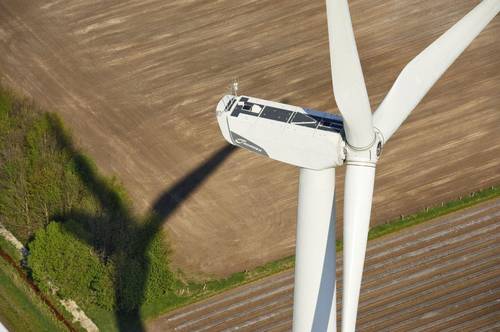 The U.S. Department of Energy’s National Renewable Energy Laboratory has issued a report showing that wind- and solar-generated power in the West could be cost competitive even without federal subsidies.

Several states have adopted those standards, which require them to produce a certain amount of energy from renewable sources.

David Hurlbut is the report’s lead author and a senior analyst at the National Renewable Energy Laboratory. He said much of the renewable energy developments in the West have been driven by those state standards.

But the study found that even without them, wind and solar energy can be as cost-effective as natural gas and other conventional fossil fuels.

“The electric generation portfolio of the future could be both cost effective and diverse,” Hurlbut said. “If renewables and natural gas cost about the same per kilowatt-hour delivered, then value to customers becomes a matter of finding the right mix.”

The report showed that Wyoming, in particular, has “large undeveloped supplies of prime-quality renewable resources” that can be exported to other states.

Specifically, it found there is high potential for Wyoming to ship its wind-generated power to Nevada, Utah, Arizona, California and Oregon.

Loyd Drain, executive director of the Wyoming Infrastructure Authority, said this is further evidence of the benefits of the state exporting wind-powered energy.

He said the potential exists for Wyoming to send a significant amount of power to other states. But they largely have been reluctant to use renewable sources from outside their own borders.

“They have been wanting renewables indigenous to their own state, but that really hasn’t been proven to be too cost-effective,” Drain said.

He added that Wyoming would take on more transmission projects “without a doubt” if other states saw the cost effectiveness of using Wyoming power.

The report follows several other studies that tout the benefits and feasibility of exporting Wyoming wind power.

A study from the National Renewable Energy Laboratory was released in April. It shows that a wind energy exchange between Wyoming and Colorado could provide an economic benefit of $1.5 billion to Wyoming and $2.2 billion to Colorado over 20 years.

And the Western Electric Coordinating Council reported in 2011 that California ratepayers could save $600 million a year if the state imports 20 percent of its renewable energy portfolio from Wyoming’s high-capacity wind energy sources.

Drain said he is not sure wind will ever replace natural gas or coal in Wyoming. But he said adding it the state’s portfolio is the right choice.

“I don’t think there is enough attention to the diversity of wind and solar energy as there should be,” he said.