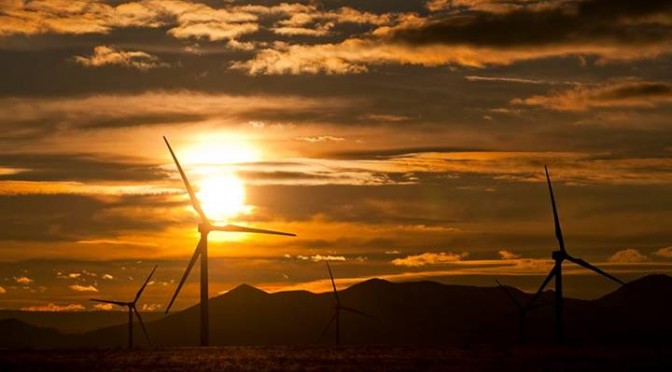 Lawrence Berkeley National Laboratory (Berkeley Lab) analyzed more than 50,000 home sales near 67 wind facilities in 27 counties across nine U.S. states, yet was unable to uncover any impacts to nearby home property values.

“This is the second of two major studies we have conducted on this topic [the first was published in 2009, see below], and in both studies [using two different datasets] we find no statistical evidence that operating wind turbines have had any measurable impact on home sales prices,” says Ben Hoen, the lead author of the new report.

Hoen is a researcher in the Environmental Energy Technologies Division of Berkeley Lab.

The new study used a number of sophisticated techniques to control for other potential impacts on home prices, including collecting data that spanned well before the wind facilities’ development was announced to after they were constructed and operating. This allowed the researchers to control for any pre-existing differences in home sales prices across their sample and any changes that occurred due to the housing bubble.

This study, the most comprehensive to-date, builds on both the previous Berkeley Lab study as well a number of other academic and published U.S. studies, which also generally find no measurable impacts near operating turbines.

“Although there have been claims of significant property value impacts near operating wind turbines that regularly surface in the press or in local communities, strong evidence to support those claims has failed to materialize in all of the major U.S. studies conducted thus far”, says Hoen. “Moreover, our findings comport with the large set of studies that have investigated other potentially similar disamenities, such as high voltage transmission lines, land fills, and noisy roads, which suggest that widespread impacts from wind turbines would be either relatively small or non-existent.”

2013 Study: “A Spatial Hedonic Analysis of the Effects of Wind Energy Facilities on Surrounding Property Values in the United States” download here: http://emp.lbl.gov/sites/all/files/lbnl-6362e.pdf