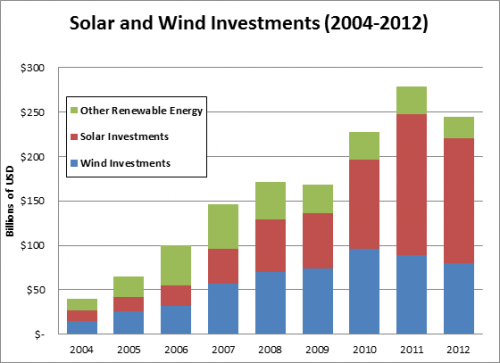 Global investment in solar energy in 2012 was $140.4 billion, an 11 percent decline from 2011, and wind investment was down 10.1 percent, to $80.3 billion. Due to lower costs for both technologies, however, total installed capacities still grew sharply.

Europe remains dominant in solar, accounting for 76 percent of global solar power use in 2012. Germany alone accounted for 30 percent of the world