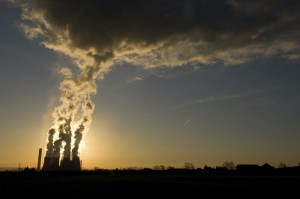 After a meeting last week in Luxembourg, the board of the European Investment Bank (EIB) changed its energy lending policy. The EU’s main lending arm said it would stop financing most coal-fired power stations to help reduce pollution and meet climate targets, and devote 90% of its lending to clean energy.

In a press release, the EIB says it ‘will focus on financing energy efficiency, renewable energy, energy networks, as well as related research and innovation. These sectors are expected to require the most significant investment in coming years’.

According to the Guardian the EIB has loaned around €11bn ($14.5bn) to fossil fuel-fired plants since 2007, most of it to gas rather than coal, out of its total lending for power of €83bn.

The method by which the bank will stop financing coal power is not an outright ban on such projects, but a new Emissions Performance Target. New and refurbished coal-fired power plants will not be eligible for funding unless they emit less than 550 grams of carbon dioxide per kilowatt-hour (gCO2/kW), which could be met either by a combined heat and power plant or one that also burns biomass.

The EIB is now in line with other multilateral financial institutions such as the World Bank, which very recently announced it would fund coal-fired power stations only in “rare circumstances”. It is also closer in line with the goals of the EU, such as cutting carbon emissions by at least 20% by 2020 and by 80-95% by 2050, and the agreed “no regrets options” for the long term decarbonisation of the energy sector: more efficiency, more renewables, and more and smarter grids.

Stephane Bourgeois, Head of Regulatory Affairs at EWEA, said “Wind energy is a very capital intensive technology. Retro-active changes in support mechanisms in many Member States, together with the lack of long term certainty by means of 2030 renewable energy targets, increase the costs of capital and make the involvement of public banks in renewable energy upfront funding even more crucial today than a few years ago”.

“The announcement that 90% of EIB energy funding will be going to renewables, energy efficiency and energy networks is therefore very welcome, and we expect both offshore and onshore wind, being key renewable technologies, to get funding. The focus on research, development and Innovation activities in the energy sector, such as implementation of the SET-Plan, co-financing the NER300, etc., is also a very positive signal for the wind sector, and will contribute significantly to speeding up the reductions of the costs of energy”, said Bourgeois.