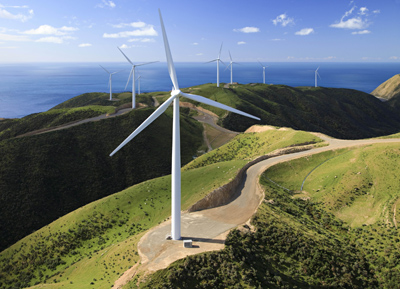 Energy and Resources Minister Simon Bridges has welcomed today’s Environment Court decision to grant consents for what could be the largest wind farm project in New Zealand.

Genesis Energy’s Castle Hill project allows for 286 turbines, generating up to 860 megawatts of renewable electricity in an area north of Masterton and east of Eketahuna. This would be enough to power around 370,000 homes.

“This is a major boost to our continued confidence in renewables. It shows that companies are clearly willing to invest in progressing cost-effective options to meet New Zealand’s future electricity needs,” says Mr Bridges.

“I note that Genesis Energy has entered this project without any form of subsidy support from the Government.”

The project brings the total amount of consented renewable electricity generation capacity throughout New Zealand to well over 4000 megawatts, enough to meet almost 30 years of demand.

“It is projects like this that ensure we are well on our way to achieving our 90 percent renewable electricity target by 2025. I am confident that the majority of electricity generating capacity to be built over coming years will be renewable,” Mr Bridges says.

Genesis Energy has secured resource consents for what would be the largest wind farm in New Zealand, a 286 turbine development in a remote part of the Wairarapa.

However, low demand growth for electricity means it is unlikely to be built for many years.

“With a 10 year lapse period and a 10 year construction period, the Castle Hill wind farm is a long term development option,” said chief executive Albert Brantley in a statement which confirmed there were “no immediate plans to start construction.”

Castle Hill would be sited north of Masterton and west of Eketahuna and is close to Contact Energy’s proposed 177MW wind farm at its Waitahora site, MightyRiverPower’s proposal for a 318 MW wind farm at Puketo, TrustPower’s Tararua wind farm, rated at 161MW, and a Meridian proposal for a 60MW wind development to the south, at Mt Munro.

None is in prospect of being built in the near future.

Opponents had appealed against resource consents granted by the Masterton and Tararua District Councils, the Greater Wellington and Horizons Regional Councils in June last year.

But today’s announcement follows the resolution of outstanding issues by mutual agreement rather than Environment Court hearings.

Energy Minister Simon Bridges welcomed the announcement as “a major boost” for renewable energy investment”, in line with a target to generate 90 percent of electricity from renewable sources by 2025.

Genesis looks likely to be the last of the three remaining government-owned electricity companies to go through a process of partial privatisation, with a 49 percent public float of Meridian planned in the third quarter of this year likely to swamp investor appetite for electricity company shares in the short term.