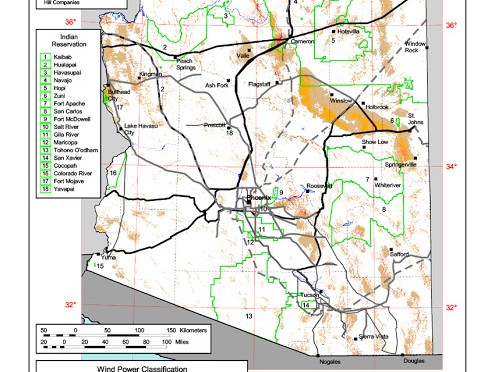 Interior Secretary Sally Jewell has announced the approval of a wind farm in northwestern Arizona.

The project about 40 miles northwest of Kingman is expected to provide up to 500 megawatts to the electricity grid. That’s enough energy to power up to 175,000 houses. 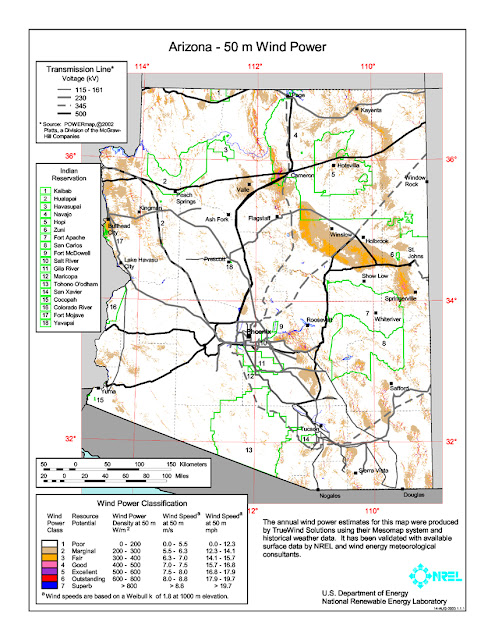 It’s also projected to create about 750 jobs through construction and operations. Proposed by BP Wind Energy North America Inc., the project will erect up to 243 wind turbines on federal lands for the Mohave County Wind Farm.
The Interior Department now has approved 46 wind energy, solar power and geothermal energy utility-scale projects on public lands since 2009 including associated transmission corridors and infrastructure to connect to established power grids.
When built, officials say the projects could provide enough electricity to power more than 4.4 million homes.