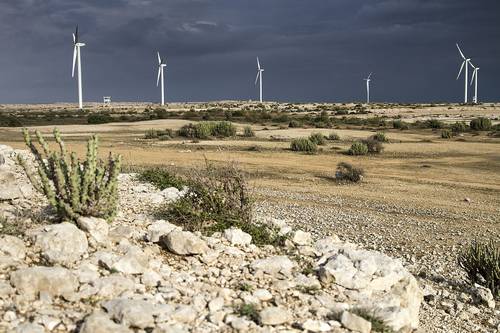 HydroChina International Engineering Company is planning to set up a 50-megawatt (MW) wind farm in Gharo, 60 kilometres east of Karachi, according to the company’s vice president Wang Youngqiang.

He said that the cost of the project had been estimated at $120 million. Youngqiang who is on a visit to Pakistan said that the project had been initiated by HydroChina Dawood Power –a jointly-operated company.
Youngqiang said the project will kick-off operations by June 2015 as closure of financials were expected to be finalised by either end of this year or July 2014. The wind power project will also provide employment to locals residing in the area.
HydroChina International Engineering Company also planned to establish nine more wind farms of 50MW each in the future as Pakistan’s wind corridor held good prospects for alternative energy generation.
“We look forward to more business to invest especially in the local power sector,” Youngqiang added. The vice chairman of the Chinese-based company was of the view that there was a potential of generating up to 50,000 MW through wind in the country.
He also appreciated the newly-elected government’s focus on resolving the energy crisis and the circular debt alongside coming up with the new energy policy.
HydroChina Engineering Company Investment Manager Jiang Li and HydroChina Dawood Power Chief Financial Officer Muhammad Saleem Munshi were also present on the occasion.