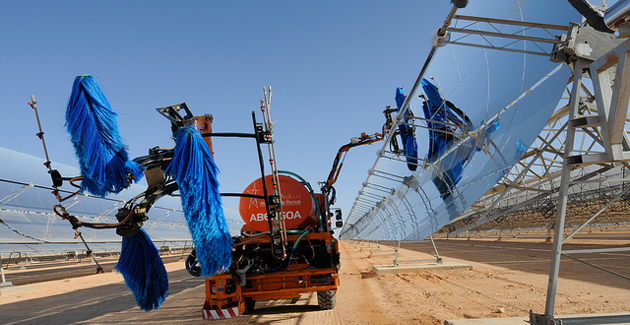 “We have been researching and developing solar technology for a decade and now we want to analyze the technical feasibility of concentrating solar power (CSP) generation,” said engineering director Eletrosul, Ronaldo dos Santos Custódio.
Electrosul launched a tender for the construction of four stations in the states of Rio Grande do Sul and Mato Grosso do Sul
The facility will use technology developed in the U.S. and Spain to study the possibility of commercial concentrated solar thermal power throughout Brazil.
According Custódio, the company based in Florianópolis has already invested 30 million reais (U.S. $ 13mn) in solar power projects, but did not disclose the value projected investments in solar thermal technology.

The stations will be located in existing facilities of Eletrosul in Roque Gonzales and Uruguaiana in Rio Grande do Sul, in addition to Agua Clara in Mato Grosso do Sul The location of the fourth season is not yet confirmed.

Unlike photovoltaic generation, which directly convert sunlight into energy, thermal energy, which is also known as concentrating solar-thermal plant works like a sun and used as fuel.

Each station will equipment to measure radiation and other variables such as wind strength, temperature and rainfall, all factors that can influence the productivity of a CSP plant.