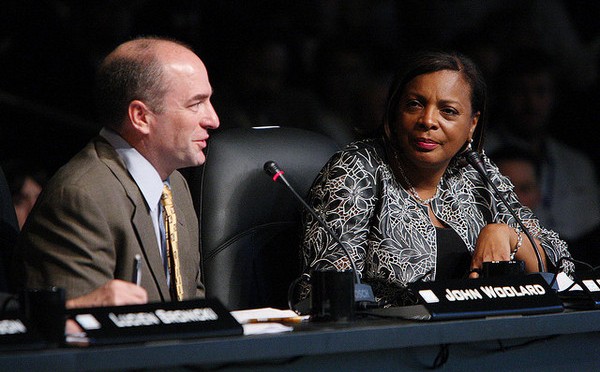 BrightSource Energy’s CEO John Woolard is leaving the company after several months of discussion, according to a report Thursday in the San Jose Mercury News.

The Oakland-based concentrating solar power firm is building the Ivanpah Solar Electric Generating Station a few miles from the Mojave National Preserve, and hopes to have its Palen Solar CSP project approved by the California Energy Commission sometime this year.

Woolard has helmed BrightSource for the last seven years. Before that, he worked with the Silicon Valley greentech investment group VantagePoint Venture Partners, which owns a significant amount of BrightSource.

Woolard will stay on BrightSource’s Board of Directors, he told Mercury News reporter Dana Hull. “Seven years is a fairly long time,” Woolard told Hull. “I’ve thought a lot about this. To me, getting Ivanpah done and up and running, and building the whole company up and creating a platform to grow from was cycle one. When I looked at the next cycle, there’s a big commitment and a lot to do, and I’ve got little kids.”

The announcement comes — and the search for a replacement begins — after a year of retrenchment and altered goals for BrightSource. The firm, which started construction of its concentrating solar power tower plant in the Ivanpah Valley in 2011, canceled an Initial Public Offering in April 2012, citing unfriendly market conditions.

The company is also building a solar plant in Israel in a partnership with the French firm Alstom. That plant will be about a third the size of Ivanpah.

Whether this apparent lowering of corporate expectations is the result of deep thinking among BrightSource’s executives or an attempt to make do with less capital isn’t obvious.