Mongolia has set a target to get 20 per cent to 25 per cent of its energy from renewables by 2020, up from less than 2 per cent currently.

Coal supplies about 80 per cent of the nation’s energy.

Mongolia is scheduled to start operations at its first wind farm this month, a $122 million project that’s the biggest power plant in 30 years and part of a government effort to cap pollution cloaking the capital city.
The 50-megawatt wind power facility developed by Clean Energy LLC using 31 wind turbines from General Electric Co is located on a wind-raked ridge about 45 miles (72 kilometers) southwest of Ulaanbaatar. Sengee Enkh-Amgalan, the company’s chief executive officer, plans to officially start the plant on June 20.

“In order to meet the 20 per cent goal, the government really has to support these kinds of enterprises,” said Enkh-Amgalan, adding that he expects the government will subsidise the costs of wind power in order to make it affordable.

Smog from burning coal has choked the capital in recent months, causing the World Health Organization to name Ulaanbaatar the second-worst city for air quality behind Ahvaz in western Iran. Residents use coal to heat homes when winter temperatures plunge to minus 30 Fahrenheit.

Clean Energy says the wind farm will save 122,000 tons of coal, 1.6 million tons of water and will eliminate 180,000 tons of carbon dioxide emissions each year.

Clean Energy’s parent company, Newcom Group, established Mongolia’s first mobile phone operator, Mobicom, and helped revive the nation’s airline industry by establishing Eznis Airways, according to its website.
The government agreed to a power purchase agreement with Clean Energy, which will receive 9.5 cents a kilowatt-hour for power from the wind for the lifetime of the project. The company expects to recoup its investment in 14 years.
Enkh-Amgalan says the power station can produce 140 million to 160 million kilowatt-hours per year, which gives the plant revenue of $15 million per year.

“We expect that by the end of next year tariff prices will be liberalised,” said Enkh-Amgalan, a graduate of California’s Monterrey Institute of International Studies. “We’re not sure how it will be, but there is a certain commitment from the government that the tariffs will increase. This process is happening but slowly.” 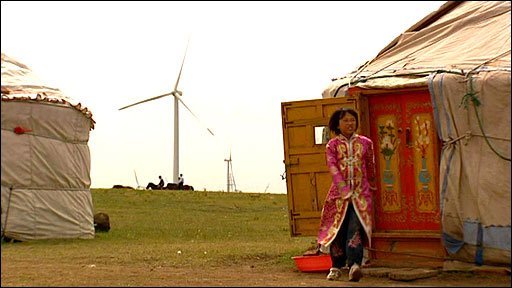 Wind turbines at the plant will last about 20 years, said Enkh-Amgalan, after which time the current 1.6-megawatt turbines may need to be replaced. By then, he expects turbines may generate as much as 7 megawatts each, which would triple the output. 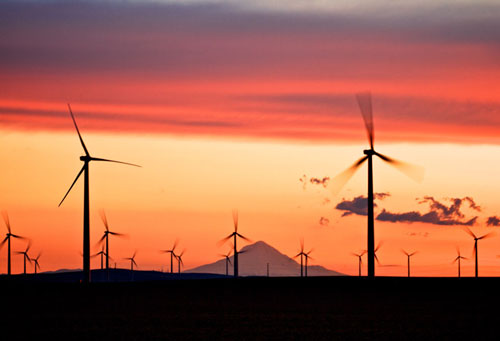 The biggest challenge so far has been dealing with Mongolia’s lack of infrastructure. A similar project in China would cost 30 per cent less said Enkh-Amgalan, due to the vast distances and lack of roads in Mongolia, where most highways are little more than vague jeep tracks across the desert. 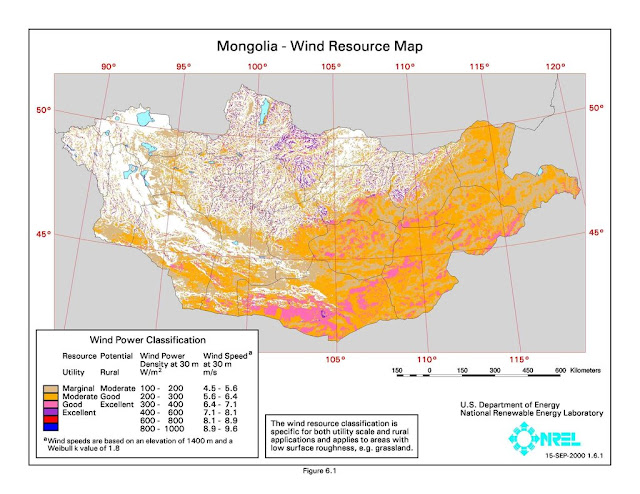 Clean Energy Asia and Tokyo-based SoftBank Corp have 200,000 hectares of land in the Gobi Desert and plan to construct a wind park with a capacity of 200 megawatts to 300 megawatts, said Enkh-Amgalan.

Mining companies and towns in the region could draw power from the facilities, or the energy could be exported on an “Asia Super Grid” developers are sketching as a way to share power from Japan to India, he said.

Wind speeds in Salkhit average 8.2 metres per second, while Gobi Desert speeds exceed 9 metres per second. The Gobi has the potential to yield 11 gigawatts per year of solar energy and 300,000 megawatts of wind power, Enkh-Amgalan said.