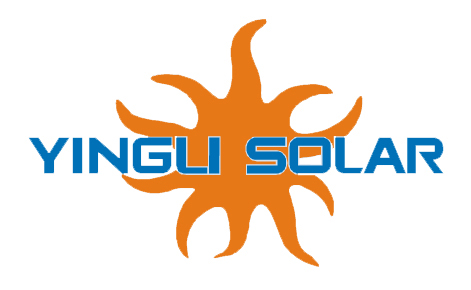 Yingli Green Energy Holding Company Limited (NYSE: YGE) (“Yingli Green Energy” or the “Company”), a leading solar energy company and one of the world’s largest vertically integrated photovoltaic (“PV”) manufacturers, which markets its products under the brand “Yingli Solar”, today announced that the Company has signed a contract to supply 96 MW of PV modules to the Jasper PV, located in South Africa’s Northern Cape.

This solar plant will not only produce clean energy for South African residents, but also create jobs and help to stimulate the local economy.

The consortium formed by Iberdrola Ingenieria y Construccion (“Iberdrola”) and South African company Group Five has been selected by Jasper Power Company to build the Jasper PV Plant in South Africa, which will be powered by more than 325,000 Yingli YL295P-35b multi-crystalline modules spread across 180 hectares. Yingli Green Energy is the exclusive PV module supplier for this project.

This is a significant milestone in the history of Yingli Green Energy as the Jasper PV Solar Plant is one of the solar projects that was developed by a consortium led by SolarReserve, a U.S. developer of utility-scale solar power projects, and was selected by the South Africa Department of Energy (DOE) in May of 2012 in the second round of bids under the South Africa Renewable Energy Independent Power Producer Procurement Program (REIPPPP). The South Africa DOE awarded the construction of eight PV plants and seven wind farms during the second round of bidding.

Iberdrola had selected Yingli Green Energy based on experience of performance yield in existing projects, superb quality and technology leadership. In addition, given that Yingli Green Energy is one of the major crystalline manufacturers to have secured Munich RE’s module performance warranty insurance, the project will also be covered under Munich RE’s Option Cover. The Option Cover provides greater investment security over the lifetime of the project financing.

“This project is a major milestone in our strategy to bring affordable green energy for all into emerging markets like Africa,” commented Mr. Liansheng Miao, Chairman and Chief Executive Officer of Yingli Green Energy. “We are also delighted that our strategic alliance with Munich RE has enabled Iberdrola, with whom Yingli Green Energy has been collaborating in different projects worldwide since 2006, to reduce project investment risk that has helped to lower financing barriers.”

“We are proud to be part of South Africa’s progressive program to advance clean energy, and we are excited to have Yingli as a supplier. Our Jasper project will provide substantial, long-term economic benefits to the region and help the country meet its impressive clean energy goals,” said Kevin Smith, CEO of SolarReserve. “The South African government’s advanced energy projects are allowing the country to quickly become a model for not only the rest of the continent, but for the world. We look forward to continuing our work on Jasper and on our other photovoltaic and solar thermal projects in development in South Africa.”

“We are happy to support one of our strategic global clients in securing this project in South Africa and we look forward to building on this success by bringing more green and clean electricity to African homes and businesses,” said Fernando Calisalvo, Managing Director Yingli Green Energy Spain.

The Renewable Energy IPP Programme is an ambitious project that will launch a bidding process for a total capacity of 3,725 MW through five rounds. The South African Government recently announced its intention to launch a new renewable energy programme, once the current one has been completed, in order to add another 3,200 MW of clean electricity generation to the grid before 2020. Because of these targets, South Africa has become one of the countries with the greatest potential in the renewable energy sector.

Jasper PV Solar Plant is one of the largest solar projects in South Africa at present, and is expected to produce enough energy to power more than 30,000 homes in the area. Moreover, it is expected to avoid the emission of 145,891.43 tons of CO(2) every year.

SolarReserve, LLC – headquartered in Santa Monica, California – is a developer of large-scale solar energy projects with activities worldwide. SolarReserve has commercialized the world’s leading solar thermal energy storage technology utilizing molten salt in a power tower configuration. SolarReserve’s solar energy storage technology has the capability to deliver clean, reliable electricity at any time, day and night. SolarReserve’s team of power project professionals have assembled an extensive 5,000 MW worldwide development portfolio of large-scale solar projects featuring its advanced solar thermal technology (also referred to as concentrated solar power or CSP) as well as projects utilizing photovoltaic technology. SolarReserve has solar energy projects with capital costs of more than US$1.5 billion in construction, both CSP and PV projects, including its flagship Crescent Dunes Solar Energy Project in Nevada and the Lesedi and Letsatsi projects in South Africa. The 110MW Crescent Dunes project is the first commercial scale facility utilizing the advanced molten salt power tower energy storage technology. SolarReserve’s technology can capture and store the sun’s thermal energy and can operate ‘on demand’ just like conventional coal, natural gas or nuclear power plants, but without the release of harmful emissions or hazardous wastes associated with conventional power plant technology, nor does it expose utilities and rate payers to volatile fossil fuel prices.

Headquartered in Erandio, Vizcaya, IBERDROLA INGENIERIA specialises in turnkey projects for other IBERDROLA Group companies and for third parties in the generation, nuclear, grid and renewable energy fields. It applies a high degree of innovation to all of its projects and thanks to its technological capabilities, the Company is also one of the benchmark firms in the global engineering sector, with the capacity to compete on international markets.

Group Five was established in 1974 based in South Africa. Today, the group is an integrated construction services, materials and infrastructure investment group operating in over 20 countries with more than 12,000 people in its employ.