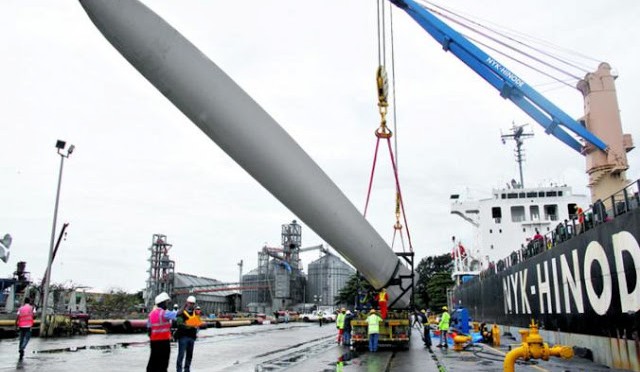 Spanish-owned Union Eolica Panameña, or UEP, started unloading the sections of the giant wind towers that will hold the wind turbines at the $440 million Penonome wind farm, the first wind power plant of its kind in Panama and the largest in Central America.

The first two barges carrying the components for the wind turbines arrived earlier this month at the port of Cristobal in the Caribbean city of Colón.
The equipment will be hauled over the summer to Penonome, a community in the central province of Cocle, where the wind farm is located.
The transfer of the wind farm components over the 230 kilometers (about 143 miles) separating Colón from Penonome will the biggest logistical operation in Panama since the construction of the Panama Canal, UEP said.
The wind farm will have 110 towers equipped with wind turbines on its 19,000 hectares (46,913 acres).
Some 75 percent of Penonome’s electricity generation will occur during the dry season – December to May – allowing the country to save water and reduce its dependence on fossil fuels, especially oil. 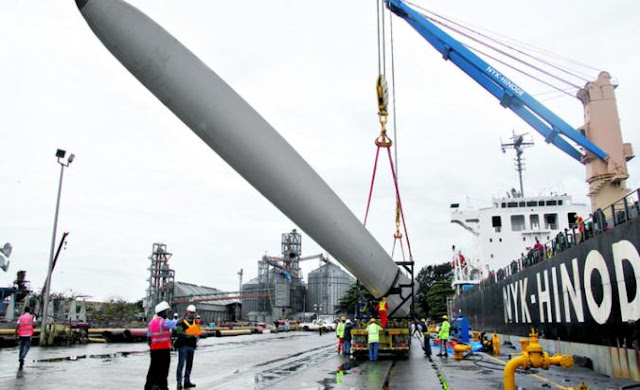