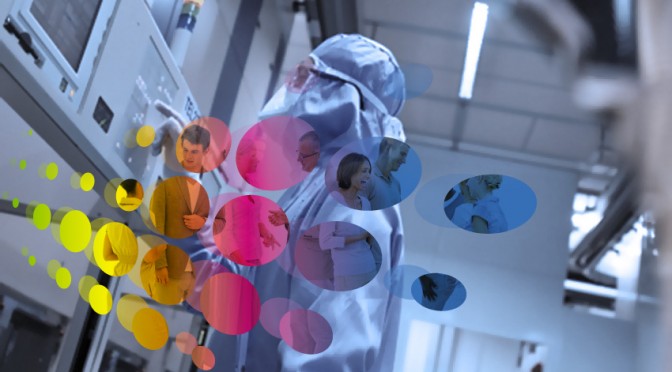 Minera El Tesoro (MET), part of one of the largest mining groups in Chile, has built the first pilot plant in South America with Soitec Solar technology, installing four of its highly efficient concentrator photovoltaic (CPV) systems at a site in Chile’s Sierra Gorda district to provide renewable energy for a remote copper-mining operation.

In addition to achieving the highest energy-generating efficiency, Soitec’s CPV systems feature very robust glass-glass technology, particularly well suited for hot and arid environments. This design offers the lowest degradation and doesn’t need any water for cooling, making it perfectly suited for this installation within the driest desert in the world.

The four CX-S420 systems installed for MET use Soitec Solar’s leading-edge Concentrix(TM) CPV technology and two-axis tracking systems to generate a total installed capacity of 64 kWp. In addition to providing electricity for the site’s data center, this installation serves as an important research and demonstration platform for MET using innovative and environmentally friendly solar technologies, designed to reduce carbon footprints and optimize energy costs in hot, arid locations with high direct normal irradiation (DNI). To that effect, on May 22 MET and Soitec signed a memorandum of understanding to leverage the experience gained from this pilot plant to facilitate their respective plans of developing additional projects with CPV technology in Chile.

“We are very pleased to have the opportunity to support MET in its relentless work to deliver solar power and a more sustainable and efficient supply of energy to Chile,” said Fabio Mondini, vice president, geographical expansion with Soitec’s Solar Division. “This demonstration site is an important step in our commercial efforts in a region where we have high ambition. Chile’s energy demand is growing and should lead to a doubling of the installed capacity in the next few years, particularly in the northern part of the country, which has the highest DNI and strong mining-sector electricity demand.”

“Considering our location within the Atacama desert, one of the highest irradiation regions on earth, we are very pleased to be working with one of the CPV leaders on this pilot installation and to have the opportunity to use Soitec’s CPV technology in real-world conditions, generating clean and sustainable power to our mining operations,” said Martin Brown, environmental superintendent at Minera El Tesoro. “As the demo units feed energy to our mine’s internal grid, we are testing Soitec’s technology in the harshest conditions, and at the same time, assessing the possibility of incorporating renewable and clean energy on a larger scale in the future.”

In 2012, Chile’s renewable energy agency Centro de Energias Renovables (CER) published its National Energy Strategy ENE 2012-2030, in which it announced the approval of more than 3.1 GW in solar-energy projects to address issues such as possible power shortages, price increases for fossil fuels, Chile’s enormous economic growth and increasing demand for electricity. As a country, Chile has the world’s highest solar irradiation and is expected to be the site of some of the world’s first large-scale solar projects.

Minera El Tesoro is a Chilean mining company engaged in operating the copper mine of the same name in northern Chile’s region II. El Tesoro is 70%-owned by Antofagasta Minerals, Chile’s fourth largest copper producer. Minera El Tesoro was incorporated in 1979 and is headquartered in Santiago, Chile. Minera El Tesoro started its mining operations in 2000 and is part of Antofagasta Minerals, a Chilean-based copper mining group with interests in transport and water distribution. Antofagasta Minerals is listed on the London Stock Exchange and has been a constituent of the FTSE-100 index since 2004. The Group creates value for its shareholders through the discovery, development and operation of copper-mining operations. It is committed to sustainable development, embedding safety and sustainability throughout its operations. In the conduct of its activities, it places great importance on health and safety, management of human resources, community relations and environmental matters. Today, Antofagasta’s activities are mainly concentrated in Chile, where it owns and operates four copper mines with a total production in 2012 of 709,600 tonnes of copper, 299,900 ounces of gold and 12,200 tonnes of molybdenum. It is also the principal provider of cargo transport and water distribution in the Antofagasta Region in the north of Chile. Antofagasta also has exploration and evaluation or feasibility programs in North America, Latin America, Europe, Asia and Africa.