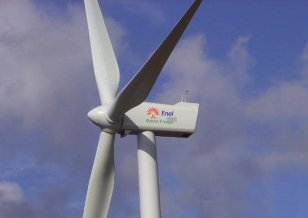 Figures for 2012 and the first quarter of 2013 show that Enel Green Power is continuing its trend of growth, after having put into service the new Ampliación Sierra del Cortado wind farm in Spain and increasing capacity.

Enel Green Power has put the Ampliación Sierra del Cortado wind farm in Spain into service, increasing its installed capacity in the Iberian peninsula to 1,922 megawatts, of which 455MW is in the autonomous community of Castilla y León. With its capacity of 13.5MW, the new wind farm, which was connected to the grid on 10 May, will once fully operational produce up to 42 million kilowatt-hours per year, cutting carbon dioxide emissions by 31,000 tonnes.

EGP is continuing a trend of growth it experienced last year and the first quarter of this year, the results for which show that the installed capacity had increased on the same period of last year by 13.7 percent to 987MW, with most of that increase coming from windpower.

‘In the first quarter of this year capacity has grown by more than 200MW so that, alongside other projects in progress, will see the target that was announced to the markets of about 1000MW in additional capacity being reach by the end of the year,’ said Enel Green Power CEO Francesco Starace in a recent interview with Italian newspaper Il Sole 24 Ore.

The figures for electricity production are also impressive: in the first quarter of 2013 the Group achieved 7.4 terawatt-hours of production, a 1.5 TWh (25.4 percent) increase compared to the same period of 2012.

‘The results achieved in the first quarter 2013, all of which followed a trend of growth, confirm the correctness of our strategy of technological and geographical diversification. The positive economic performance of this period was driven by an abundance of hydro and wind power, a suitable technical level of the plants and a growth of the installed capacity.’