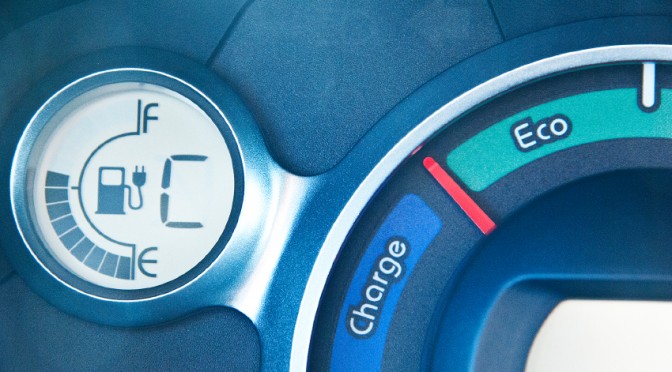 The Colorado legislature passed six different bills supporting electric vehicles in the 2013 session, boosting the state to an A- ranking in a report card comparison of six southwestern states’ government policies designed to push the cars from showrooms to roads.

“Due to the state’s legislative leadership and its governor, Colorado has made great strides toward more widespread adoption of electric vehicles,” said Will Toor, Director of Transportation at the Southwest Energy Efficiency Project (SWEEP). “Policies are important tools for addressing barriers to EV ownership and reaping the benefits of cleaner air and much lower fuel costs.”

Colorado’s 12 policies—it has more than any of the other southwestern states—address key barriers that include higher upfront cost and limited driving range of electric vehicles (EVs).

One important policy that boosted Colorado’s score in the report card extended a robust state tax credit of up to $6,000 for EV purchasers that lowers the bottom line cost of an EV. Colorado offers one of the most generous tax credits in the nation for the purchase of EVs, with the amount of the credit based upon the capacity of the vehicle’s battery. When combined with the federal tax credit of up to $7,500, the showroom cost of the cars is comparable to that of conventional gasoline-fueled vehicles.

“The reality is that many consumers are not able or willing to pay the higher initial cost of EV ownership, so tax credits of this magnitude help level the playing field for them,” said Mike Salisbury, Transportation Program Associate at SWEEP and author of the report, “Policies to Promote Electric Vehicles in the Southwest: A State Government Report Card.”

A showcase of what the southwestern states of Arizona, Colorado, Nevada, New Mexico, Utah and Wyoming have done to promote EV ownership, the report provides a snapshot of 23 policies—almost all on the books in at least one Southwestern state—and ranks them in a point system based upon how likely they are to influence consumer purchases of PEVs.

Of the other states in the report card ranking, Arizona and Utah received “B-“ grades, Nevada and New Mexico received a “C” and “C-“ respectively, and Wyoming, with no policies, received an “F.”

Toor said there is more that all southwestern states can do to improve their scores and that the innovative policies in place across the region provide examples of what every state can do to actively support electric vehicles.

“In order to be an A+ state, you need to make a major commitment,” he said. “For instance, California has mandated that 15% of cars sold by 2025 be plug-in electric vehicles, and it has planned highway corridors lined with fast-charging stations.”

National security, air quality, and consumer cost-savings are the major benefits of EV deployment listed in the report. Electricity is produced using almost entirely domestic sources of energy, whereas about half the petroleum used by conventional vehicles is imported. As power plants switch to cleaner sources of energy such as renewables and natural gas, emissions associated with electric vehicles will be reduced correspondingly. Finally, electric vehicles have low annual operating costs: They can travel the same distance as a gasoline vehicle at the cost equivalent of $1.10 per gallon at the average residential electricity price in Colorado.