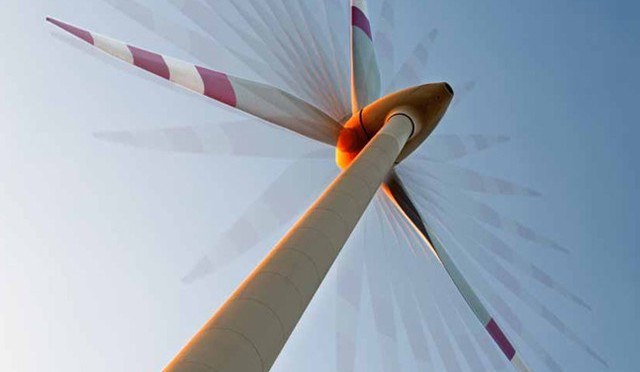 At this afternoon’s WINDPOWER 2013 Conference “Power Session,” high-level representatives of AWEA, the National Wildlife Federation, the American Wind Wildlife Institute, and the National Audubon Society joined Jose Zayas, director of the U.S. Department of Energy’s Wind and Water Power Technologies Office, to launch discussion of a new vision for the wind energy’s future.

Mr. Zayas introduced the new effort, saying it will succeed the 20 Percent by 2030 Technical Report produced by DOE in 2008 and will seek to take into account changes in wind technology, the energy markets, and other factors in the intervening years. “My job,” he added, “is to make sure wind energy is at the table and has a key part to play in the energy mix of the future.”

The process for developing the new strategy, Mr. Zayas said, will be a collaborative one much like that employed in developing the 20 Percent report, in which environmental groups, utilities, energy experts and others are brought together to look at the potential for wind energy in 2020, 2030, and 2050, by when he said DOE’s goal is to reduce carbon emissions by 80 percent.

The environmental leaders present expressed their support for the undertaking, and spoke about the need for closer cooperation between their groups and the wind energy industry.

“Having [the federal Production Tax Credit, wind energy’s primary incentive] be as uncertain as it is, is terrible governance,” said David Yarnold, president and CEO of the National Audubon Society. “It’s bad for business, and bad for America.” He said the wind energy industry needs to be consistent in expressing concern about climate change, while environmental groups need to be outspoken about the urgent need for clean energy.

Larry Schweiger, President and CEO of the National Wildlife Federation, forcefully underscored the urgency of addressing climate change with clean energy: “If you look at the 2007 [report of the Intergovernmental Panel on Climate Change], they warned we have the potential to lose 70 percent of species if we continue as we are, and right now, we’re exceeding their worst-case scenario. We desperately need to move quickly–we need to make sure the science [of minimizing impacts from wind] is solved, but on other end of this equation, wildlife are being hammered.”

Rob Gramlich, AWEA interim CEO and senior vice president of public policy, expressed thanks to the environmental community for supporting extension of the PTC. He applauded the formation and development of the American Wind Wildlife Institute, an initiative that exemplifies collaboration between wind energy and the environmental community. “It’s a jointly funded organization, and we jointly serve on its board—we need to do more of that kind of collaboration,” he said.

James Walker, vice chairman of the Board of EDF Renewable Energy and a member of the AWWI Board of Directors, agreed, noting, “On wildlife, if we’re going to scale up to 300,000 MW [the amount of wind energy needed to reach 20 percent of national supply by 2030], we’re going to be impacting a lot of habitat, and a lot of species.  Research on this is being woefully underfunded.  Without hard numbers to work with, regulatory agencies and environmental groups are going to be conservative … The amount of money dedicated to research in this area is probably an order of magnitude too low compared with what’s needed.”