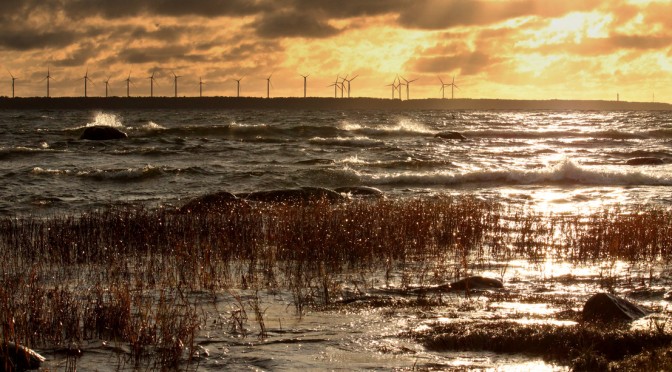 The 1 May celebrations in Europe last week were tainted by historically high unemployment levels, a miserable macroeconomic outlook and a battered climate and energy policy. The challenges facing Europe’s economy are many. But it is beyond doubt that a thorough modernisation of our energy supply remains an important part of the solution.

Every single day the EU spends almost a billion Euros in oil imports. This is far from being the best way for Europe to strengthen its competitiveness, public finances, employment and security of supply. At the same time, an outdated and poorly connected electricity grid continues to impose unnecessarily high energy prices on businesses and consumers.

In many Member States the economic crisis has led “cheap energy” to become a mantra for business and policy makers. I couldn’t agree more. Accordingly, it is all the more important that the setting of energy prices is based on fair and transparent accounting methods. Therefore the cost of pollution should, obviously, be included as should the hidden subsidies from which both fossil fuels and nuclear energy benefit so hugely.

We must keep in mind that what is cheap energy today will not necessarily remain cheap tomorrow. In the past, we have time and again underestimated the development of the oil price. Given that the European continent possesses no significant fossil energy reserves, and is already importing more than half its energy, it would be a high-risk game, both from an economic and from a security policy point of view, to base our long-term energy strategy on what is cheap here and now.

European energy policy stands at a crossroads. In the last five years the Climate and Energy Package has secured a sustained expansion of renewable energy. This has not only given us a unique industrial stronghold, but also fostered hundreds of thousands of jobs.

However, the combination of a collapsed carbon credit market and the sudden, retroactive winding down of support-schemes by a string of governments, has raised serious doubts about the industry’s future and current policy framework, and consequently created nervousness among investors. In 2012, investments in renewable energy fell by 51 percent in Italy and by around 68 percent in Spain. Recently, a report from the European Commission indicated that we need to intensify our efforts if we are to have any chance of achieving the 2020 goals.

We urgently need new policy initiatives. We must readjust the carbon credit market and make it work, and we also need to remove administrative and technical barriers, and improve the electricity grid. Above all this, we need a new framework for 2030 climate and energy policy.

The European Commission’s Green Paper urgently needs to be followed up by concrete policy proposals. It would be the worst possible outcome if this key challenge were neglected with the buck merely passed to the next Commission. In practical terms, this could mean that the fundamental uncertainty about the industry’s framework conditions would linger on until 2017 or 2018, effectively spelling disaster for the industry.

An ambitious CO2 reduction target stands at the heart of the new framework, since it will determine the level of environment policy ambition and the quota price. But if the new framework is to truly contribute to boosting innovation and employment, it is essential that it also contains a binding target for renewable energy.

This will on the one hand help avoid a disproportionately large part of investment going into nuclear power, which may well be climate friendly, but would also sustain a centralised and inflexible energy supply while being expensive and risky. On the other hand, a renewable energy target will push Member States to make concrete plans to achieve such targets. Furthermore, it will provide grid companies with a concrete policy basis when planning the expansion of the electricity grid.

Last but not least, a renewable energy target will help ensure continued investment in what is definitively one of Europe’s industrial strongholds. Every year wind energy contributes more than €27 billion to the European economy, and provides employment for more than 280,000 people across the continent.

If we manage to restore confidence this figure will rise to over half a million jobs by 2020, surpassing the steel industry sector. But we urgently need to get going. Others have spotted the potential too: while renewable energy investment fell last year in Europe, it rose by 20 percent in China.

The truth is that even if Europe is at a standstill, the rest of the world is still on the move. Yet, if we manage to get our act together and create a new strong climate and energy policy framework for 2030, I have no doubt that the wind industry has the potential to revitalise Europe’s ailing economy.