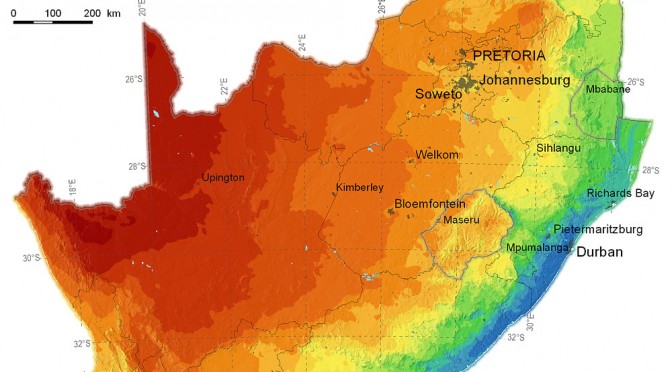 Zurich, Switzerland, May 2, 2013 – ABB, the leading power and automation technology group, has won an order worth around $25 million to supply electrical and control systems for a new 75 megawatt (MW) photovoltaic (PV) power plant in the Northern Cape province of South Africa. The order was booked in the first quarter.

Owned by WBHO, a leading South African construction company, and Building Energy, an Italian renewable energy developer and operator, the plant is located in the Kalahari Desert close to the town of Kathu and to Sishen, one of the largest open-pit iron ore mines in the world.

The Kathu PV power plant is among the first tranche of projects to be awarded as part of South Africa’s renewable energy program, which aims to diversify the country’s energy mix and reduce its carbon footprint. Once completed in 2014, it is expected to be one of the world’s largest PV power plants with a single-axis tracking system. It will have the capacity to generate around 146 gigawatt hours (GWh) of clean solar power to feed into the national grid – enough to meet the needs of over 40,000 people based on average national per capita consumption and displacing the equivalent of about 50,000 tons of carbon dioxide emissions annually.

“Renewable energy sources such as solar have a key role to play in meeting the growing demand for electricity while minimizing environmental impact,” said Brice Koch, head of ABB’s Power Systems division. “We have a strong track record in delivering turnkey power and automation solutions that are optimizing photovoltaic power plants all over the world.”

ABB’s turnkey electrical and automation solution will optimize the performance of the Kathu plant to maximize output while ensuring reliability in remote and demanding operating conditions. The solution includes a range of ABB power products such as medium- and low-voltage switchgear, distribution transformers, and control and protection devices. It also incorporates distributed automation and control products from the Symphony