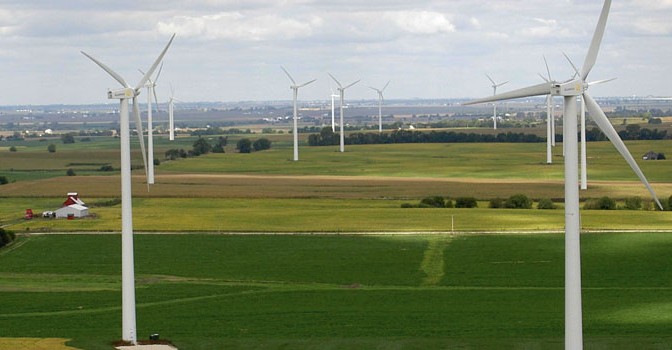 Gamesa’s 2.0 MW turbines are consolidating their position as one of the company’s most popular products. Since the first 2.0 MW turbine was installed in Zamora (Spain) 11 years ago, 15,000 MW of this platform (7,500 turbines) have been installed worldwide, now that assembly work has begun on 500 MW of these multi-MW turbines in wind farms in China, India and Brazil.

Gamesa’s 2.0 MW platform has become one of the three most installed worldwide, driven by its ability to produce optimal quantities of power and to reduce the cost of energy (CoE). 2011 marked a record for this platform, with the assembly of over 1,250 Gamesa 2.0 MW platforms (2,500 MW). Some 304 MW were supplied to Iberdrola’s Blue Creek wind farm in the US, the facility equipped with the highest number of this platform’s turbines (152) to date.

Gamesa’s 2.0 MW turbines provide developers with more competitive ratios in terms of investment per installed MW and cost per unit of energy produced, thanks to the versatility afforded by combining a turbine with unit capacity of 2.0 MW with blades that come in five widths – diameters of 80, 87, 90, 97 and 114m – paving the way for optimal performance no matter the site or wind conditions. Fleet availability levels are currently topping 98%.

The 15,000 MW of turbines installed translate into the generation of around 37.5 million MWh of power a year, preventing the emission of 22.5 million tonnes of carbon and fulfilling the energy requirements of 11 million households annually.

Gamesa views product innovation and technological development as one of the cornerstones at the heart of its business. To this end, Gamesa aims to fine-tune its product portfolio to cater to its customers’ evolving needs and demands. Against this backdrop, in 2012 the company rounded out this platform with the launch of the G114 -2.0 MW Class IIIA, designed to deliver maximum performance at low wind speed sites.

Underpinned by proven technology, validated by the successful installation of 15,000 MW of the Gamesa 2.0 MW, the company is developing a new 2.5 MW turbine, the Gamesa G114-2.5 MW. This turbine will come with a longer blade for medium wind speed sites and a higher nominal capacity of 2.5 MW with a view to enhancing the cost of energy in the 2.0 – 3.0 MW segment. The Gamesa G114-2.5 MW will produce more energy at a lower investment per MW installed and at a lower maintenance cost per MWh produced.