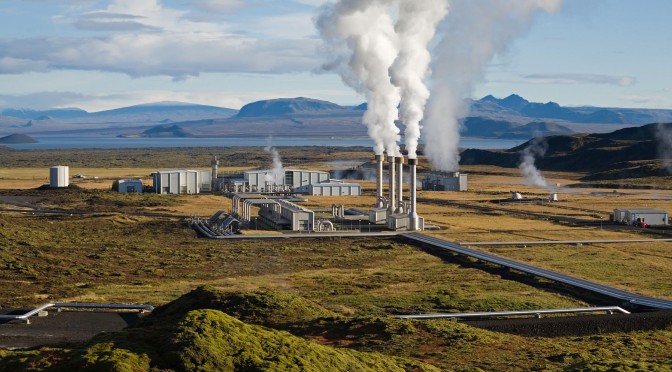 ‘Geothermal power is renewable energy par excellence: thanks to our experience in the field, we can put back into the ground a large portion of the fluid we use for energy production,’ said Roberto Deambrogio, Enel Green Power’s Head of Italy and Europe Areain a recent interview with Class Meteo.

‘Geothermal power plants harness the Earth’s heat, which is conducted through special reservoirs placed underground, which sometimes exceed a depth of 4,000 metres,’ said Deambrogio, adding that ‘hot geothermal fluids are generally associated with a number of gasses that are not released into the atmosphere, but are instead captured and injected back underground.’ The AMIS system, which enables mercury and hydrogen sulphide emissions to be completely cut out of the production process, is testament to EGP’s expertise.

The only emissions come from uncompressible gasses, which cannot be condensed and injected back into the ground. These emissions, which are in any case of a low level, have a small impact on the surrounding environment and no impact whatsoever on drinking water aquifiers, as was confirmed by a series of studies conducted by experts, as well as by ARS Toscana. Geothermal aquifers are located at a depth of thousands of metres, well below the drinking water aquifers. ‘Geothermal aquifers have to be impervious (for geothermal power production to work), because otherwise fluids would be released into the surrounding environment and we would not be able to harness them for energy production,’ Deambrogio explained.

In Italy, EGP manages one of the largest groups of geothermal power plants in the world: 35 plants with combined net capacity of 720 megawatts, which produce more than five billion kilowatt-hours per year, equivalent to the average annual consumption of about two million households. EGP is also active on the American continent, managing 46.5MW in the United States, where it built the first hybrid geothermal-solar power plant in the world, while in Latin America EGP will build the first geothermal facility in the whole of South America, after having received authorisation for the construction of the Cerro Pabellón plant in the Atacama desert in Chile.

Hydroelectric and geothermal: a global growth