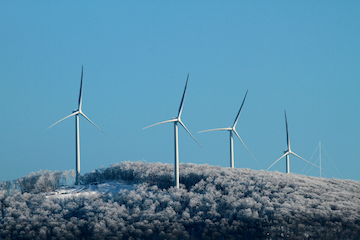 The Georgia Mountain Community Wind farm (GMCW) in Milton, Vt., on which construction was completed December 31, 2012, produced more than 1 million kWh in a single week, according to a news release from the project developer.

During the first week in April, the community wind farm operated at a 63.7 percent capacity factor, producing enough energy to meet 17 percent of the City of Burlington’s entire electricity needs.