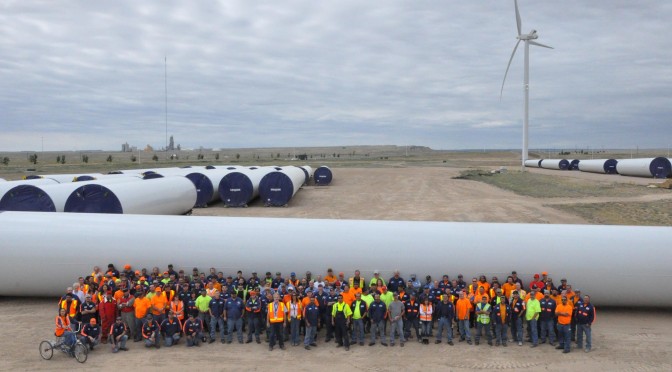 Morten Albæk, Senior Vice-President of marketing at Vestas, argues that claims made by anti-wind campaigners can verge on the ridiculous, but they are powerful. Wind power, meanwhile, is not doing enough to promote its positive message…

Birds are 19,200 times more likely to die from flying into a building than into a wind turbine (according to the US Forest Service.) So calling wind turbines devastating to wildlife is equivalent to describing ordinary houses as mass killing machines. Ironically, 10% of all bird species are threatened by climate change (according to the International Union for the Conservation of Nature.)

Unfortunately, this is a well-kept secret. Not least due to our industry’s failure to adequately convey even the most appealing truths to the public.

Public and political support for wind energy is being increasingly eroded by media-savvy and politically influential groups that often demonstrate a brazen disregard for fact-based information. This is a growing business risk.

For instance, in Australia, the rising anti-wind movement could, if unchecked, lead to additional legislative and regulatory restrictions that will constrain the market and choke off that country’s exceptional wind potential.

It is important to distinguish between genuine local concerns and the increasingly professional anti-wind activists whose strategy seems designed to confuse and inflame the debate.

In the US, anti-wind think-tanks and researchers co-ordinate with sympathetic media to create their own echo chamber, repeating each other’s claims to add a thin veneer of respectability. Much of this “research” is funded by oil and gas interests.

In Denmark, the wind industry association found that 67% of anti-wind articles and letters to the editor in the Danish press in 2011 were authored by only five individuals.

We only have ourselves to blame. Our sector has been run over by our louder and more aggressive adversaries. How did we allow it to get so far?