Headlines in the German media have said recently that Germany’s offshore wind sector could be facing support cuts, on top of suffering from the already costly grid connection delays.

So what is the future of German offshore wind power?

We spoke to Andreas Wagner, CEO of the Offshore Wind Foundation (Stiftung Offshore-Windenergie) and part of the team negotiating with German Chancellor Angela Merkel to try and find out…

EWEA Germany’s Environment Minister Peter Altmaier has proposed to substantially change the law for financial support for renewable energy in Germany. Could the offshore wind industry be affected by the same retroactive changes we’ve seen in other EU countries?

Wagner On 21 March, Chancellor Angela Merkel discussed all options to change the EEG-law [the current law supporting renewable energy – ed] with the Prime Ministers of the 16 German Länder. As a result of this so-called ‘energy summit’, we will definitely not face retroactive changes for projects for which legally binding contracts have been signed. I doubt if other changes in the EEG will or can be made before the German federal elections in September. 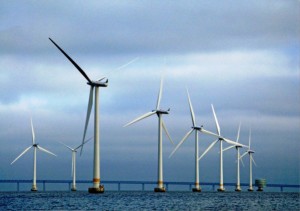 EWEA What were the arguments raised with Chancellor Merkel?

Wagner Retroactive support cuts would have fatal consequences, because all financial calculations would go overboard. Even more importantly, investor confidence in the German market would be destroyed. The offshore wind industry is characterised by very long lead times compared to onshore wind. Engineers have to manage complex logistics to run the several-year-long production and installation chain to bring offshore wind turbines online.

EWEA How dramatic is the impact of uncertainty about future investments, support cuts and grid connection delays?

Wagner  There are already more than 10,000 people employed in the German offshore wind sector, according to official figures. By 2020 that could double. But now several turbine manufacturers and component suppliers have announced part-time work. Others have announced job cuts, as offshore developers don’t sign orders anymore. The shipping industry, hit by the banking crisis, counts on offshore. For example, the Sietas shipyard in Hamburg is the first German shipyard which is building an installation vessel for offshore wind farms. However, due to missing orders it now faces an uncertain future. Offshore wind could also be hit by a brain drain with qualified staff leaving to the offshore oil and gas industry.

EWEA  What will happen to offshore wind farms that are currently delayed?

Wagner They should be treated under a “hardship clause”. Several wind farms will be grid connected later than originally envisaged, including from Dong Energy, RWE, EnBW. However, they don’t know whether or not they will be grid connected in 2017, due to delays on the TSO’s [Transmission Systems Operator] side.

The problem for those developers is that they don’t know what feed-in tariff they will be receiving after 2017. Under the current regulations, the so-called compressed FIT of 19 cents/kWh is granted for the first eight years of operation of an offshore wind farm which is fully grid connected by 2017. We have now a liability regulation that allows operators to get 90% of the revenues they would have made without these unexpected delays. Operators are entitled to get these payments 2-3 weeks after problems arise.

EWEA Several hundred million Euros of losses are the result of the delays for some companies. Whose fault?

Wagner New orders for grid connection of German offshore wind clusters have been put on hold by TenneT (the TSO in charge of connecting German offshore wind farms in the North Sea) until very recently. In late February 2013, the first contract since 2011 was awarded. . In a letter sent to the German government in November 2011, TenneT stated that it won’t be financially able to award any more contracts until substantial changes have been introduced in the energy legislation.

Wagner Take Baltic 1 from EnBW for example. It was ready before schedule but the TSO in charge for the Baltic Sea, 50 Hertz, was not able to get the cable installed on time. As a consequence, EnBW had to use diesel generators to keep the wind turbines in necessary working conditions.

Delays are also due to the highly ambitious time schedule, take the example of the HVDC converter platforms. Siemens couldn’t deliver on time and has to pay a fine.

EWEA What was the result of Altmaier’s announcement to change the renewable support mechanism law, the EEG?

Wagner  Stress and unrest, concerning the impact of the so-called “electricity prize brake”, and uncertainty. I hope that after the ‘energy summit’ of 21 March, there will be fewer headlines in the media on offshore wind. The government should stick to its word: we need stability and patience. Offshore is a new technology with huge potential. We learn every day, for example that Alpha Ventus, the test site and first German offshore wind farm, reached a capacity factor of 50% in two consecutive years. We need to increase our experience in real conditions at high seas. That takes time. Offshore wind is a new challenge which is worth entering. That’s why we have commissioned two studies which will be released by the summer. One is on the cost reduction potential of offshore wind in Germany, the other on offshore’s contribution and value to the German electricity system.

EWEA Can Germany keep its target of 10 gigawatts of offshore wind by 2020?

Wagner Politically, this is the target. But no one in the industry expects that 10 GW can be built by then. 6-8 GW is more realistic, given the delays we have seen, especially with regard to grid connection, it will probably take 2-3 years longer to reach 10 GW, provided the right legal framework is put in place.

EWEA A new study says the German “energy transformation” can be done cheaper with less offshore and more onshore wind.

Wagner You refer to the Agora-study which suggested to have either 5 GW or 9 GW of offshore capacity installed by 2023. In my view 5 GW would a fatal mistake, as it would interrupt the whole learning curve for offshore wind in Germany.

The argument “more onshore” is based on turbines with 3,000 full load hours per year. But we have to ask: will you find enough such locations in Germany where this high energy yield is possible and can you really build that many turbines there? That’s why we are advocating a sound renewable energy mix, with a fair share for onshore and offshore wind.

Wagner The biggest differences between UK and German offshore are the coastal distances and the different type of power transmission. The UK offshore wind farms are located closer to the shore in shallow waters and they use AC power transmission. German wind farms are built further from the coast and they use high voltage direct current (DC) transmission systems. UK developers therefore can build much faster. But Germany can still manage to get 500 to 800 more MW grid connected this year. By the end of 2015 we expect to have the first wave of offshore wind farms online with a total capacity of 3,000 MW.