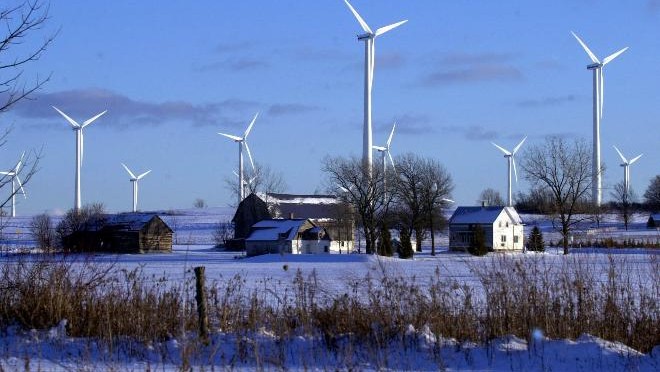 Located in Vulcan County, Alberta (50 km north of Lethbridge), Blackspring Ridge will be the largest wind project in Western Canada when operational. EDF EN Canada and Enbridge will each own 50 percent of the project. The project represents the largest investment in wind energy in the province at approximately $0.6 billion.

The project, currently in late stage development, will be comprised of 166 Vestas V100-1.8 MW wind turbines. EDF EN Canada will build the project under a fixed price engineering, procurement and construction contract with construction expected to start in the second quarter of 2013 and reach commissioning in mid-summer 2014.

“The Canadian renewable energy market is a strong focus for EDF EN, having a significant presence in Ontario and Quebec since 2007. The Blackspring Ridge project presents a unique opportunity to establish EDF EN Canada in Western Canada and specifically in Alberta – a province with a promising electricity market,” said Cory Basil, Vice President, Development at EDF EN Canada. “Securing this project builds upon our relationship with Vestas and Enbridge and adds to our existing portfolio of over 1,000 MW of renewable energy projects in Canada. It further demonstrates the benefit of geographic diversification and illustrates our business objectives to balance and optimize assets to preserve our market leadership position across North America. And as important, the firm order is positive news for Vestas’ US based manufacturing plants.”

“Blackspring Ridge is an important addition to Enbridge’s fleet of renewable projects as it significantly expands our wind energy portfolio in the Alberta market, which we first entered nearly a decade ago with our Magrath and Chin Chute windfarms,” said Don Thompson, Vice President, Green Energy, Enbridge Inc. “Alberta is an attractive environment for wind investments due to its high wind capacity factor and access to transmission. Enbridge’s investment represents a further addition to its large suite of attractive commercially secured growth projects, reinforcing the continuation of its industry leading growth rate through 2016 and well beyond. We welcome this opportunity to continue expanding our renewable energy assets into Western Canada.”

“The project also allows Enbridge to maintain its position as the second largest wind energy generator in Canada,” Mr. Thompson added. “We’re pleased to continue our relationship with EDF EN Canada and Vestas.”

Renewable Energy Credits (RECs) generated from the project are contracted to Pacific Gas and Electric under 20-year purchase agreements. The electricity will be sold into the Alberta power pool with pricing substantially fixed through mid- and long-term contracts.

The project is expected to provide substantial economic benefits to rural Alberta in the form of jobs both during construction and long-term operations, increased tax revenues and lease payments to landowners. In addition, the project is expected to have a positive impact on Alberta’s environment by supplying enough clean energy to serve approximately 140,000 homes.

The project will also contribute to helping Enbridge meet its Neutral Footprint commitment to generate a kilowatt of renewable energy for every kilowatt of conventional electricity that the company’s operations consume.