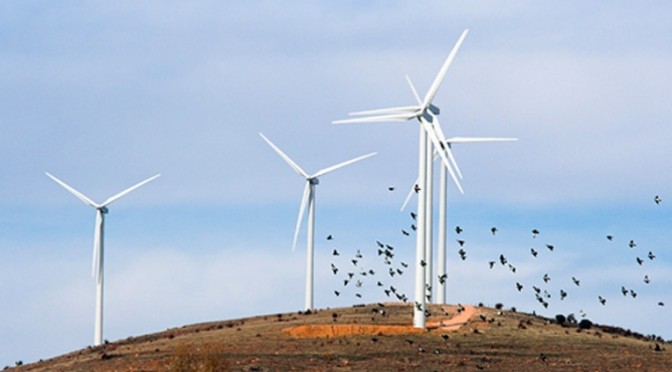 Regarding Thomas Mitchell’s March 22 column on wind turbines, while the fossil-fuel funded Manhattan Institute’s Robert Bryce was cited as a credible source regarding wind energy’s impacts, the fact is wind energy is one of the most benign sources of electricity production.

Through work with regulators and conservationists, wind’s impact on birds and other wildlife is constantly shrinking.

The estimate of wind energy related bird losses attributed to the U.S. Fish and Wildlife Service in the column is in fact the opinion of one biologist and not an official agency statistic. The National Wind Coordinating Collaborative, a collaboration of government officials, conservationists and industry representatives, more accurately estimates, based on actual data collected from over 100 wind farms nationally, the loss to be 200,000 birds annually.

This number pales in comparison to other sources of human-caused bird mortality, such as buildings, which USFWS estimates kill between 97 million and 976 million birds annually.

Aside from the earliest California wind farms dating from the 1980s (developed at a time when siting practices were in their infancy and the interaction of eagles and turbines was poorly understood), wind energy is responsible for less than 2 percent of all documented eagle fatalities nationally.

The wind industry has demonstrated a willingness to address significant impacts when they occur. An example of this is the repowering (replacement of old turbines with new, larger turbines that have lower rpm and are spaced much farther apart) of the oldest facilities that have historically had the highest mortality rates.

Eagle experts who have worked closest to the issue for decades predict that fatalities could drop by as much as 80 percent when repowering is completed. To highlight the success of these efforts, the California chapter of the Audubon Society recently announced that a 50 percent reduction of avian losses has already been achieved at facilities where repowering has begun.

The truth is that no matter how extensively it is developed, wind energy will always be a vanishingly small factor in human-caused bird fatalities — and the wind industry is working tirelessly to reduce its impacts further.