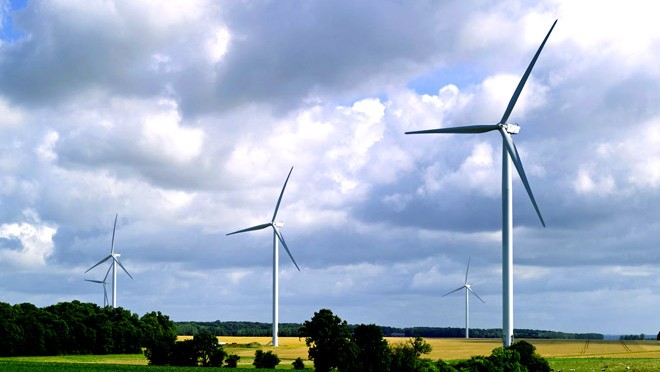 The Municipality of the District of Chester in Nova Scotia has approved the controversial South Canoe Wind Energy Project.

Once the $200 million wind farm is completed in 2015, it will be the largest wind power project in the Canadian province.

The South Canoe Wind Project will include 34 wind turbines between Vaughan and New Russell, both locations within Nova Scotia. Oxford Frozen Foods, Minas Basin Pulp and Power and Nova Scotia Power are partners in the joint venture, CBC reported.

The wind farm is expected to provide as much as 102 megawatts of electricity, enough to power approximately 32,000 homes. It is estimated the project will also generate an annual tax revenue of $650,000 through its more than 20-year lifespan.

“This is the beginning of a long term commitment. We look forward to working with the Chester council and with the community in the coming months and throughout the over 20 year lifespan of the project,” said John Woods, Vice President of Energy Development with Minas Basin Pulp and Power.

Though there has been some vocal opposition to the project, an independent survey completed by Corporate Research Associates showed community support for this project at 87%, with 6% being against the development.