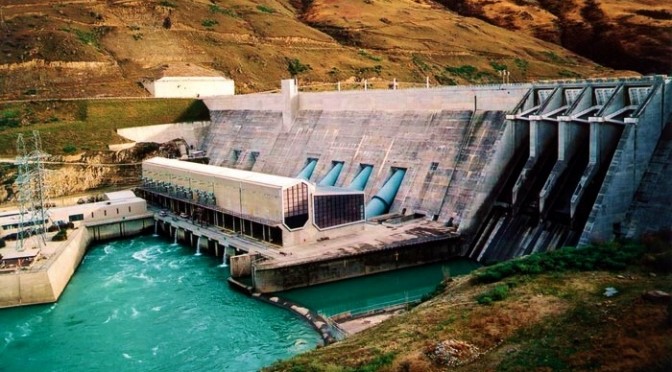 Enel Green Power is central in the growth of hydroelectricity and geothermal energy up and down North and Latin America.

Hydroelectricity and geothermal energy – two renewable programmable sources that can power base load plants – are still growing worldwide. According to a new report published by the Worldwatch Institute, total installed hydroelectricity capacity installed worldwide has reached 970 gigawatts, while geothermal capacity amounted to 11.2GW in 2011.

‘Despite the recent slowdown in growth, the overall market for hydropower and geothermal Energy is increasing,’ said Evan Musolino, a research associate with the Worldwatch Institute. ‘This is in part because these two sources are not subject to the variability in generation that afflicts other renewable energy sources.’

With an installed capacity of 2634 megawatts of hydroelectric and 769MW of geothermalenergy, Enel Green Power has already offered a significant contribution to the growth of these technologies, as well as investing in growing regions like North and Latin America.

In the United States, which led the market in 2011 and accounts for 28 percent of the global installed capacity, EGP has 46.5MW installed. The Stillwater plant built by EGP is the first renewable energy project in the world that combines the constant generation capacity of binary cycle low-enthalpy geothermal and PV solar.

Now that it has received the environmental authorisation to build the Cerro Pabellón plant, EGP will manage the first geothermal facility in the whole of South America, in the Atacama desert in Chile, at a height of 4600 metres.

For EGP, hydroelectricity is a sector to be developed worldwide, and with a capacity of 2634 MW, it now accounts for almost 33 percent of the EGP’s global installed capacity.

There are 68 plants online in the United States and Canada, and the USA is a promising market for hydroelectric energy: the Department of Energy (DOE) has allocated $17million between of funding to be invested between 2012 and 2014.

In South America, EGP manages a total capacity exceeding 732MW, with ongoing projects in Mexico, Guatemala, Costa Rica, Panama, Chile and Brazil. In Costa Rica, the 50MW Chucas plant is under construction, which once completed will generate more than 200 million kilowatt-hours a year.

EGP’s geothermal, leader in Italy and in the world