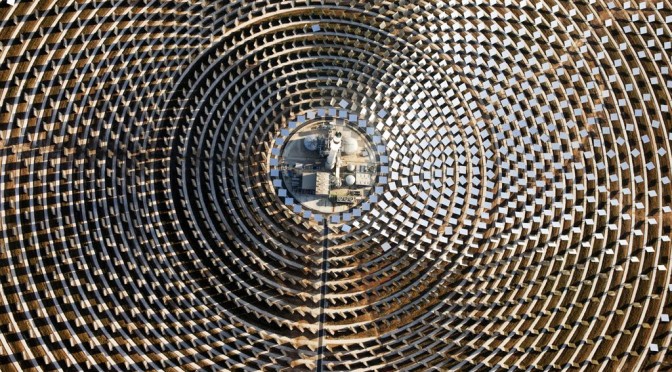 The solar thermal energy contributed during 2012 with 2.607 million euros to the economy, up from 927 million in premiums received, according to the latest report of the Macroeconomic Impact of Solar Thermal Energy Sector 2012, prepared by the association Protermosolar.

Protermosolar further indicates that the tsolar hermal resulted in savings of EUR 280 million on fuel imports, CO2 emission allowances and unemployment benefits, despite the “accumulation of hard cuts” to their pay in recent months.

The contribution of 2,607 million relate to both its contribution to GDP as taxes, and is calculated from variables associated not only with the activity of all operating plants, but also to those that are under construction.

In 2012, concentrated solar power activity reached a cumulative installed capacity of 1,970 megawatts (MW) in Spain and sought a production of 3,432 gigawatt hours (GWh).

Companies with CSP projects held during the year a total of 17,816 jobs. Each central storage requires 2214 people a year in its construction.

Portermosolar keep in mind that during the past year the companies spent 49 million euros in R & D, and that this industry is a strategic opportunity in Spain for international leadership and the progressive trend towards a free power generation system emissions.

Furthermore, this concentrating solar power contributes to the security of energy supply, stability of pool prices to the attraction of foreign capital and the restructuring of traditional industrial base to other future activities in many Spanish regions.