The week on the EWEA blog starts with a “wind energy story”, in association with Global Wind Day, as photographer and wind power enthusiast Robert van Waarden travels to Ireland to meet Pat Blount, initiator of a wind energy project in County Louth. 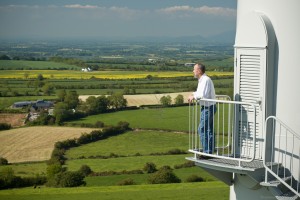 “I was overwhelmed by the level of goodwill and support that we got. I remember the first turbine when it was being lift into place, I counted about 120 people just sitting in the field, it was almost like a picnic, a day out.” Pat Blount

Pat Blount approached two farmers in the area of Collon, Ireland to form a joint business venture for Wind Energy development. Pat agreed to take the financial risk and the landowner’s provided the site. They are now equal partners in the wind farm. Developing this initiative with local support and involvement meant there have been no complaints, only good comments.

Like many others, Pat Blount’s life changed on a bar stool. Striking up a conversation with the individual beside him, Pat was soon deep in discussion with a representative from wind turbine manufacturer Vestas. Pat proceeded to volley his new companion with question after question about the wind industry and when he left the bar, he set off on a path that would change himself and at least one community along the way.

A man of the outdoors and the mountains, Pat always cared about energy conservation and the natural world. His discussion on that bar stool was the push he needed to take the plunge. He dived headfirst into the wind industry and identified possible wind sites across Ireland. One of these was in Collon, County Louth. After checking the grid access to the Collon wind site, he found the landowners and invited them to join his business venture. Pat agreed to take the financial risk, if they provided the land and they would be equal owners of the business. 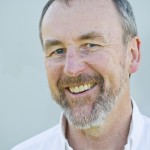 Initially, the landowners P.J. and Gerry were sceptical about this opportunity and this strange man who wanted to build on their hill. It took some time for them to come around to the idea, but eventually it was too good an opportunity for them to pass up.

In the UK and Ireland, wind turbines are reportedly often greeted with animosity from individuals and communities because of beliefs that they are noisy and spoil the view. However, the trio has encountered no resistance from the community on the project. Pat explains, “I very much put that down to the fact that the landowners are real owners of the wind farm with me. They have extended families, all living in the area. In cases where big corporate entities move into a rural area to develop a project, be it a wind farm or other projects, there is huge scepticism. Generally a large number of people object, but when they know the individuals involved on a personal level, they meet them at football or social events, people don’t like to object to neighbours that they know well.” 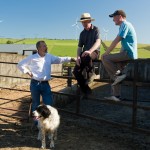 “I was overwhelmed by the level of goodwill and support that we got. I remember the first turbine when it was being lifted into place, I counted about 120 people just sitting in the field, it was almost like a picnic, a day out. We ended up with a very large community that is very supportive of wind energy. In fact over the last number of years, I have seen quite a few of the small, 1 – 3 KW household turbines in this area. You wouldn’t see as many in a cluster in other parts of the country.”

Now, Pat, P.J. and Gerry are enthusiastically working on the expansion of their project. But in the meantime, these firm friends take an afternoon break, sitting on the gate in the sun watching the wind turbines spin steadily, silently in the wind.