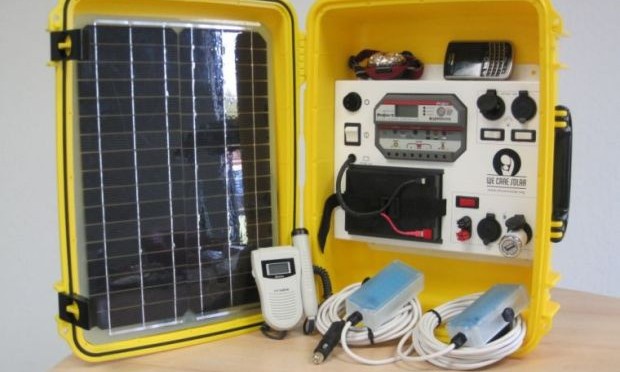 What happened next stunned her.

“The lights went out,” Stachel recalled, “and I said, ‘How are they going to finish?’ ”

She was even more surprised by the nonchalant response.

“You didn’t even see people reacting because it was something they were so used to,” she said.

Fortunately, Stachel had a flashlight with her, and the doctors were able to use it to complete the surgery. But during that two-week trip in 2008, she witnessed countless other times when the lives of mothers and babies were at risk simply because of a lack of reliable electricity. Pregnant women would arrive at the hospital with severe complications, but without adequate light to treat them, procedures had to be compromised or delayed until daylight. Some women were even turned away.

“I realized that my skills as an obstetrician-gynecologist were utterly useless (without) something as basic as light and electricity,” Stachel said.

Stachel said midwives in Nigeria use all kinds of makeshift lighting when they deliver babies: kerosene lanterns, candles, even cell phones.

“That’s not adequate light for maternity care,” she said. “If somebody is hemorrhaging, if a baby needs resuscitation, you need to have directed light.”

Nigeria is one of the 10 most dangerous countries in the world for a woman to give birth. In 2010, an estimated 40,000 Nigerian women died in childbirth