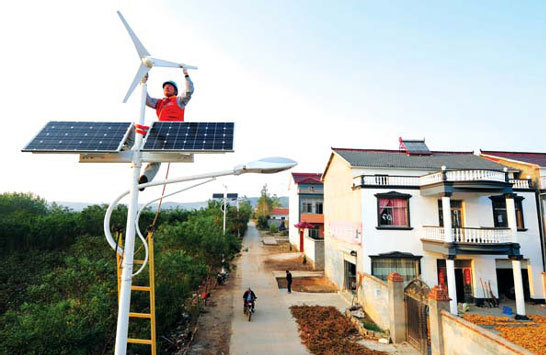 China’s installed power capacity will top 1.23 billion kilowatts (kw) by the end of 2013, a report from the China Electricity Council said on Thursday.

Thermal power will still account for the bulk of the capacity, topping 860 GW, followed by 280 GW from hydropower, 14.78 GW from nuclear power, 75 GW from on-grid wind power and 6 GW from on-grid solar power.

Demand for electricity will grow, as China’s economy will continue to stabilize in 2013, the report forecast.

China’s electricity use last year grew 5.5 percent from 2011 to 4.96 trillion kilowatt hours, according to the National Energy Administration in January.

The growth rate was markedly lower than the 11.7-percent increase registered in 2011, echoing a slowdown in the country’s economy last year.