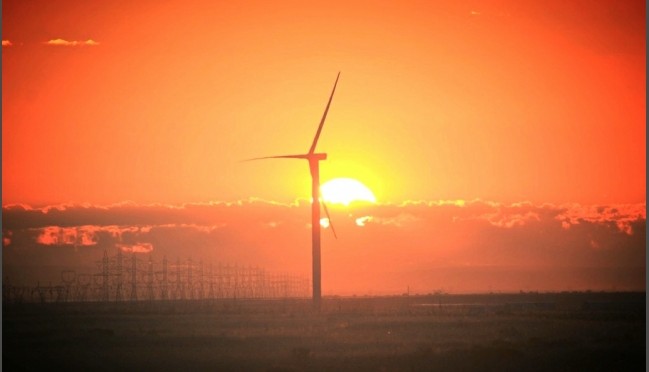 The wind energy developers of Alabama’s first wind power plant say advances in technology will allow their projects to succeed in a part of the United States which has seen the least development of the green energy generating vehicle.

Pioneer Green Energy, a Texas-based firm, is planning a wind farmbeginning later this year. The wind farms, slated for Etowah and Cherokee County, will cost about $150 million and are projected to supply about 100 megawatts of power, or enough for about 30,000 homes.

Wind farms are more common in the West, and are spreading in the Midwest, but the South has largely been untouched by them. Patrick Buckley, Pioneer’s development manager, said there is a wind farm outside Knoxville, Tenn. and a project under development in North Carolina.

One of the reasons the South hasn’t seen as many windfarms is due to the development of the technology. Early windmill farms were built in areas of high wind volume, such as California or west Texas. There, a typical yearly wind speed can be 7 to 9 meters per second, while the South averages 5 to 7 meters per second. That means wind speeds are 30 to as much as 50 percent less in the South, he said.

A Texas-based firm is planning to begin construction this fall on two windmill farms in Etowah and Cherokee counties. Pioneer Green Energy says the two farms would generate about 100 megawatts together.

But, Buckley said, the technology used to generate wind power has changed. It took the industry 25 years to install enough turbines capable of generating 10 gigawatts of power, or enough to power about 3 million homes. But by 2008, 20 gigawatts had been reached, and 60 by the end of 2012.

“Blades are stronger, lighter and more efficient in the way they cut through the air,” Buckley said. “The towers can be built at a taller height, so you have a more robust generation source.

In Europe, Buckley said, the challenges are somewhat similar to the South, with not as big a land area to develop. But manufacturers have worked to capture wind at lower speeds.

The South is not a particularly windy part of the country, Buckley said, which is why Pioneer passed on developing in northeast Alabama 10 years ago. “It wasn’t quite feasible, given the technology at the time,” he said. “But if you fast forward 10 years, we’re now looking at a project that can be built and brought onto the grid at a price that’s competitive with other conventional sources of electricity provided by local and regional utilities.”

Mike Dvorak, a researcher on wind resources and the wind industry with the University of California-Berkeley, said less wind equals less energy. But bigger, better turbines and larger propeller wingspans mean more wind energy can be captured than ever before.

Dvorak said Pioneer’s Alabama project is relatively small, compared with others around the nation. For Etowah County, the larger of the two planned farms, Pioneer is looking at erecting between 25 to 40 turbines.

There hasn’t been much discussion of wind power in the South, Dvorak said, outside of offshore possibilities along the eastern seaboard. But a good gauge of a project’s viability is, like any other business venture, whether there are enough investors.

“If the project has financing, then that’s the best indicator,” he said. “No one wants to fund a project that underperforms.”

Since their initial interest, Pioneer has spent several years gathering still more information on wind conditions in the state, with an eye toward future development.

The South may have some advantages over pockets of the West, which have better wind speeds but are in remote areas where the cost of transmitting the power over a longer distance can present a challenge, Buckley said.

At Pioneer’s initial information session with Etowah County residents, some asked about the effect of high winds