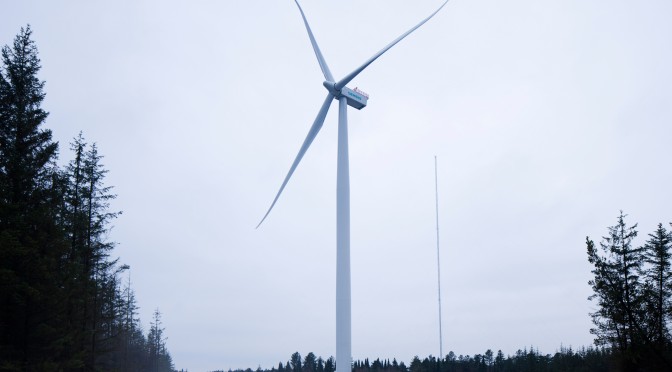 As part of a new series in association with Global Wind Day, the EWEA blog is publishing “wind energy stories” from around the world. Today, Robert van Waarden, photographer and wind energy enthusiast travels to Holland to meet a farmer active in community wind power.

“If I only grew potatoes and onions, then I wouldn’t talk with so many people,” says Jaap van der Beek. “You talk so often to these people because we all have the same interest. That interest is to build a big wind park.”

Jaap van der Beek has been harvesting the wind for over 16 years and his 850kw turbine powers hundreds of homes. He lives in North Holland; an area that centuries ago was dominated by wooden windmills. A pilot, farmer and a wind enthusiast, Jaap is a busy man.

He speaks passionately about the impact that wind energy has had on his life. “I really like the idea of getting energy from the wind,” says Jaap. “I really like the technology and I especially like the idea that it sits on my own property.” But perhaps first and foremost, even above the financial gain, is the sense of community gained from involvement with wind energy. Owning a wind turbine has connected him with the other owners of just one wind turbine in North Holland and with the industry as a whole.

Since installing his first wind turbine years ago, he has helped many others navigate the planning permits and regulations to install windmills or plan even bigger windmills. He is the assistant director of the Vereniging van Windturbine Eigenaren in Noord-Holland (Association of Wind Turbine owners in North Holland) and director of Windcollectief Wienringermeer, an association of all single wind turbine owners in the ‘Wieringermeer Polder’.

These committees take a fair amount of time, but he doesn’t complain. He spends hours writing emails, attending meetings, writing reports and general committee work because he wishes to promote and grow the wind energy sector in the Netherlands.

“I am also a business person, I want to go forward; bigger, better. Standing still is to go backwards,” says Jaap. Key to the path forward is his work with the Windcollectief. The Windcollectief is replacing solitary wind turbines in North Holland with more efficient newer turbines. They hope to quadruple the installed capacity in Wieringermeer, from about 110 MW to 400 MW in the next few years. Jaap personally expects to replace his 850Kw turbine with a 3.5 MW turbine.

The new constructions will contribute greatly to the Dutch government target of 14% renewables by 2020. So while the tulips, potatoes and onions continue to grow, Jaap and his colleagues will continue to build a stronger community and transform the wind energy sector of North Holland.