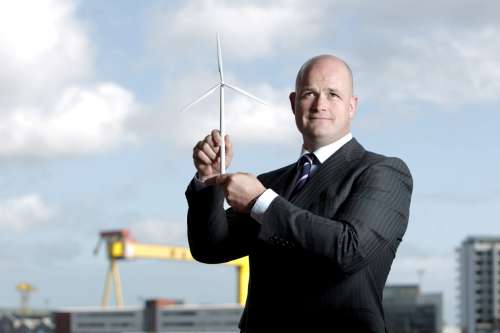 Tom McGurk’s article in last week’s paper suggests that “wind farms are dangerous and damaging to the environment and to public health. They devastate local communities, divide families and destroy property prices”. Where is the compelling evidence for these “facts”?

How do wind turbines compare on these criteria to other forms of electricity generation — nuclear, coal, oil, gas, peat or hydro?

Wind and hydro power were the dominant mechanical forms of power generation before the arrival of the steam engine, followed by the combustion engine. There were over 250 windmills in operation in Ireland in the 1850s. The arrival of the steam engine and combustion engine with all their CO2 gas emissions largely killed off this form of sustainable power.

These interruptions prevented the smooth development of this technology into its modern day equivalent. Were the naysayers and the nimbys of the 1800s complaining about the size of the latest windmills being built, and comparing them to their equivalent of the spire — the local church steeple? And what, by the way, has height got to do with environmental impact? Very little I would say.

The landscape of Ireland is a living, breathing thing. It is not set in some mystical time-washed personal vision. Each generation has affected the landscape in its own time, in its own way. This generation has belatedly awakened to the fact that this country has tremendous natural wind resources and that we have been tardy in realising their value.

Despite having the best wind resources in Europe, despite having four semi-state companies operating in the energy market, despite a plethora of development agencies some of which are best in class for inward investment, we have failed to take this indigenous industry and make it our own.

We have trailed behind Denmark and Germany in particular, which have shown what can be done when people with foresight and insight take a leadership position and drive an industry with conviction and passion. Germany today has more people working in the wind energy industry than in the automotive industry — the home of Mercedes Benz, BMW, Audi, Volkswagen, Opel and Porsche.

As a country, we have two dominant natural resources. One is rain. This results in an abundance of green grass which we convert into predominantly beef and dairy produce — gaining ourselves a world-leading position in these sectors. Water will be one of the scarce resources of the future and hopefully the new national water company will come to understand the future potential of this resource.

The second natural resource we have in abundance is wind energy. Stage one is onshore, stage two is near shore and stage three is offshore.

The Sustainable Energy Agency of Ireland has calculated that Ireland’s onshore, near shore and offshore wind has an energy capacity of 7,774 TWh (7,774,000 GW). The total US and European electricity generation capacity in 2010 was 1,971 GW.

The challenge for Ireland is to discover how much of our capacity we can realistically capture and export to a Europe that will struggle to meet its self-sufficiency and energy security targets. The more we can capture and export, the better the future employment opportunities and chances of recovery or our nation. My observation of opposition to the wind energy industry over ten years is that it often comes from two groups.

Nuclear, coal, oil, and gas have long been opponents of the wind industry. Why? Because we are eating their lunch. As society recognises the need to shift towards a low-carbon economy in all sectors, protect the environment, promote resource efficiency and encourage climate-change adaptation, their opposition has become weaker and is seen for what it is.

Attitudes to wind farms among the general public fall into the three classic Maslow groups first identified by Abraham Maslow, the father of humanistic psychology in the 1950s.

*40 per cent in favour — the pioneers

*30 per cent on the fence — the prospectors

Settlers tend to defend the local, stop change, resist innovation and protect traditional values as they see them.

It is my observation that settlers also tend to be in the older age bracket. It is not unusual for the older generation to exhibit settler behaviour on issues that they regard as an imposition on their values and views. They, however, should be confronted with what is essentially their “mé féiner” attitude to future generations.

The generations born in the 20th century are responsible for the most destructive episode in the history of man on this planet. They slaughtered, polluted, procreated and wasted resources on a scale never before experienced. They have left this planet in a precarious position as to its future survival and, as they head for the exit door, their message is “more of the same”.

My view, as a member of that generation, is that we had our chance, we did our worst: now move on.

Many people do not want wind farms near where they live. However, the common good — as invoked in government and European policy, with all the safeguards of a rigorous planning regime — has to override individual preferences.

The benefit to the local community in terms of cash payments is not as selective or as elitist as Tom McGurk argues in his article.

Landowners who lease their land to wind farm developers generally get a percentage of the income derived from that turbine. This is usually a private transaction between the landowners and the wind farmer, although, in some cases, landowners may negotiate as a group.

It is not unusual for the land being surrendered (usually 3 per cent of a suitable holding) to be of poor economic value. This means the spending power in the area will increase and members of the surrounding business community will benefit also.

The tax take by way of local rates is not inconsiderable. An average of EUR 8,000 per MW per year is a considerable input to counties fortunate enough to have wind farms in their area. The Irish Wind Energy Association promotes the deployment of community funds by developers as recognition to a local community that the wind farm, as a good corporate neighbour, should contribute directly to local amenities.

As we strive to decarbonise our energy system and make it affordable and reliable, let’s be conscious of the words of Albert Einstein: “We can’t solve problems by using the same kind of thinking that created them.”