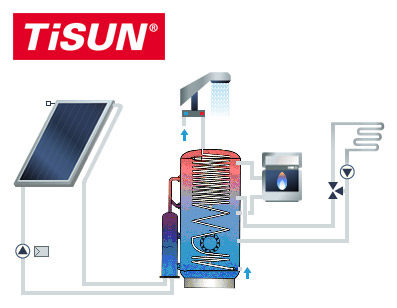 In January 2013 the company installed a TiSUN solar thermal system in the city of Tirana which will provide hot water for the German Society for International Cooperation.

Michael Reinshagen, TiSUN’s Sales Manager for the Baltic States, South and Eastern Europe, explained that some of the South East European countries including Albania have an extremely high number of sunny days a year and therefore offers great potential for the use of solar energy.

For Albania, the use of renewable energy is also expected to better position the country in its bid to join the EU in 2014.

The Baltic and South East European regions are key solar markets for TiSUN. In 2012 the company implemented a number of projects in Estonia, Latvia, Lithuania, Ukraine, Bosnia, Slovenia and Serbia.