Wind energy represented 26% of all new EU power capacity installed last year and is now meeting 7% of Europe’s electricity demand – up from 6.3% at the end of 2011.

Renewable energy represented 69% of all new power capacity in 2012, while new fuel oil, coal and nuclear capacity declined, due to decommissioning.

2012 was a record year for offshore installations, with 1,166 MW of new capacity grid connected. Offshore wind power installations represent 10% of the annual EU wind energy market, up from 9% in 2011.

Wind power accounted for 26% of new installations in 2012, the second biggest share after solar photovoltaic (38%) and before gas (24%).

The other renewable technologies (hydro, biomass, waste, CSP, geothermal and ocean energies) have also been increasing their installed capacity over the past decade, albeit more slowly than wind and solar PV.

The EU’s power sector continues to move away from fuel oil, coal and nuclear while increasing its total installed generating capacity with gas, wind, solar PV and other renewables.

“The 2012 figures reflect orders made before the wave of political uncertainty that has swept across Europe since 2011 , which is having a hugely negative impact on the wind energy sector”, commented Christian Kjaer, CEO of EWEA. “We expect this instability to be far more apparent in 2013 and 2014 installation levels.”

Wind energy represented 26% of all new EU power capacity installed last year, and investments of between EUR 12.8 billion and EUR 17.2 billion. It is now meeting 7% of Europe’s electricity demand – up from 6.3% at end 2011.

Renewable energy represented 69% of all new power capacity in 2012, while in a continuing trend fuel oil, coal and nuclear capacity saw negative growth due to decommissioning. 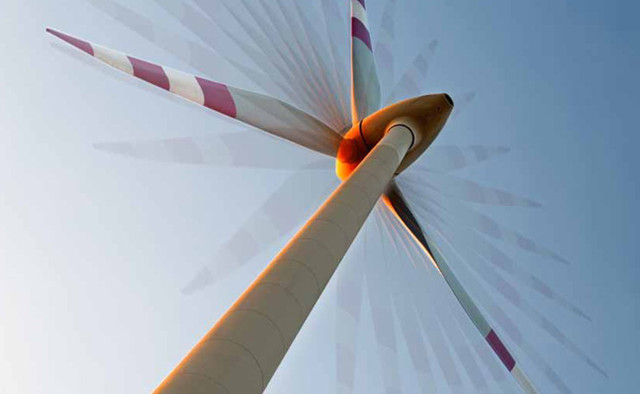 The spread of wind energy across Europe is shown by the fact that Denmark, Germany and Spain represented 33% of annual wind power installations in the EU in 2012, down from 85% in 2000.

2012 annual installations
• 11,566 MW of wind power capacity (worth between €12.8bn and €17.2bn) was installed in the EU during 2012.
• The National Renewable Energy Action Plans forecast a net increase in 2012 of 11,360 MW, two MW more than the actual net annual increase of 11,358 MW.
• EU wind power installations for 2012 do not show the significantly negative impact of market, regulatory and political uncertainty sweeping across Europe since the beginning of 2011. The wind turbines installed during 2012 were generally permitted, financed and ordered prior to the crisis feeding through to a destabilisation of legislative frameworks for wind energy. The stress being felt in many markets across Europe throughout the wind industry’s value chain should become apparent in a reduced level of installations in 2013, possibly continuing well into 2014.
• Wind power accounted for 26% of total 2012 power capacity installations.
• Renewable power installations accounted for 69% of new installations during 2012: 31 GW of a total 44.6 GW of new power capacity, down 8% on 2011.

• A total of 106 GW is now installed in the European Union, an increase in installed cumulative capacity of 12% compared to the previous year.
• Germany remains the EU country with the largest installed capacity followed by Spain, the UK and Italy.

15 Member States have more than 1 GW of installed capacity, including two newer Member States, Poland and Romania.
• There was generalised growth in wind energy installations across Europe, although it is expected that a number of large markets, such as Italy and Spain, and certain previously fast growing emerging markets, such as Bulgaria, may slow down significantly over the coming years.
• Offshore saw a record growth in 2012, and the trend is expected to continue in 2013 and 2014.
• The wind power capacity installed by the end of 2012 would, in a normal wind year, produce 230 TWh of electricity, enough to cover 7% of the EU’s electricity consumption – up from 6.3% the year before.

• Overall the EU is lagging by almost 2 GW (-1.7%) behind its 27 National Renewable energy Action Plan forecasts.
• Eighteen Member States are falling behind on their wind power capacity trajectories, most notably Slovakia, Greece, Czech Republic, Hungary, France and Portugal.
• Nine Member States are above their trajectory.
• Compared to EWEA’s 2009 forecast, onshore installations are 2,395 MW above expectations (+2.3%).
Offshore installations are below EWEA’s expectations by 307 MW (-6%).

Offshore accounted for 10% of total EU wind power installations in 2012, one percentage point more than in 2011.