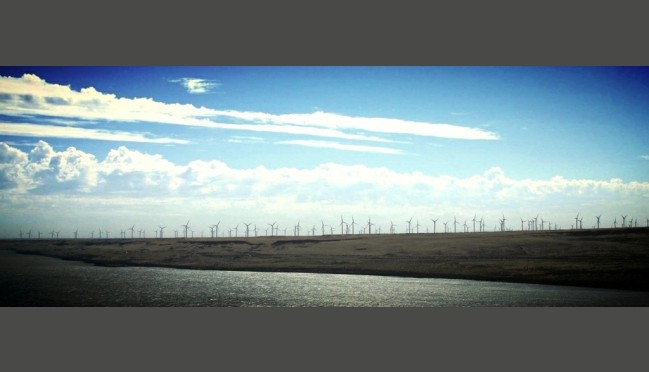 On January 30, the Timber Road wind farm in Paulding (O.) County made its first property tax payment to the county in the form of a giant check for $449,212.50, according to the West Bend News.
The article contains a rundown of the economic benefits that have been brought to the area by the wind farm, which was developed by EDP Renewables:
“The Timber Road wind farm project brought over 900 jobs to Ohio during its construction. At the peak of construction there were 400 jobs just in Paulding County. The Ohio law required 60% of the workforce to be from the state. EDP went above and beyond and found it beneficial to have 70% of their workforce from the Buckeye state. Currently there are 11 full time employees working to keep the wind farm functional and operating at peak performance.
“More than $1,000,000 is being paid back to landowners in Paulding County annually because of these wind farm projects. Landowners started getting paid immediately from the date they signed the contract.”