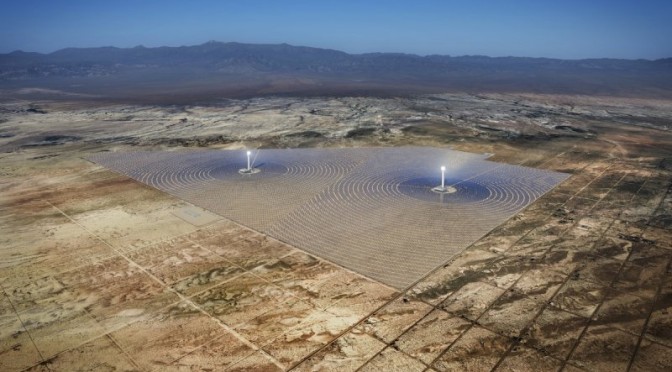 Every square kilometer of land in Qatar is receiving solar energy equivalent to 1.5m barrels of crude oil in a year.

The country also has an average daily sunshine time exceeding 9.5 hours and abundant free land space which are considered to be the right conditions to build a large-scale solar power plant.

According to a technical paper by Ali Hamed al-Mulla and Pitta Govinda Rao of Qatar Petroleum, Qatar’s annual rate of solar irradiation is 1,858 kWh per sqm per year with considerable seasonal variations.

Qatar has solar irradiation levels with studies showing an annual rate of 1,858 kWh (kilowatt hour) per square metre/year, they said, adding though considerable seasonal variations exist between summer and winter months, large potential is available throughout the year. During the summer months of May to July, the potential is over 6 kWh per square metre per day, whereas during the winter months (December to February), it is about 3.5 to 4.4 kWh per square metre per day, the paper said, highlighting that the solar radiation data at Doha International Airport clearly demonstrate the availability of large potential for utilising solar energy in Qatar.

Suggesting the need for CSP, they said Qatar’s capability for producing electricity from CSP is “huge” as the incident solar radiation is higher than the threshold value.

Despite the cost of solar energy electricity is 2.25 times to that of gas based electric power, Qatar is investing large amounts of money due to existence of large potential and social responsibility of meeting its sustainable development goals set under Qatar National Vision 2030.