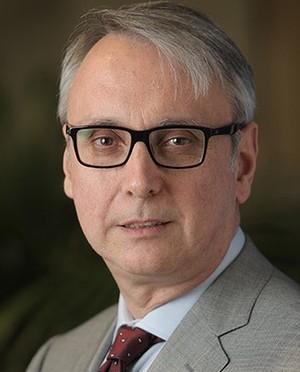 The new head of Australia’s solar thermal research effort says the cost of generating electricity can be halved by 2020, placing it on course to match the renewable energy contribution from PV technologies.

The new head of Australia’s solar thermal research effort says the cost of generating electricity can be halved by 2020, placing it on course to match the renewable energy contribution from solar photovoltaic technologies.

Dr Blanco said a “technological leap” would be needed to cut generation costs from 25 cents a kilowatt-hour to 12 cents by 2020 but collaborative efforts between Australian and overseas scientists could achieve the goal. Costs had fallen by about 25 per cent over the past five years.

“The market for concentrating solar thermal power is not as developed right now as for photovoltaics but it will get at least as developed,” he said.

Since solar thermal mimics many aspects of conventional fossil-fuel power stations, efforts to improve the latter’s efficiency will also aid the spread of the new technology. Concentrating solar may be used to complement existing power stations or operate in combination with wind or biomass units, he said.

“The country has a large potential for solar energy – one of the best resources in the world,” he said.

ASTRI plans a workshop this month in Canberra to hone research priorities, ranging from the forms of concentrating technology to the storage potential.

Issues such as the ownership of the technologies developed are also still to be worked out. The initiative includes six Australian universities, the US National Renewable Energy Laboratory, Sandia Corporation and Arizona State University.

Australian solar thermal research initiative (ASTRI) will deliver the next wave of cost reduction for solar thermal technologies, to ensure solar thermal is competitive with other renewable and traditional energy sources.

ASTRI’s goal is to lower the cost of solar thermal power from 25 to around 12 cents a kilowatt hour by 2020.

Dr Manuel J Blanco began his role with ASTRI in February 2013, bringing with him almost three decades of academic, research and development managerial experience in the solar field.

Throughout his career, Dr Blanco has focused on advancing state-of-the-art of concentrating solar thermal power technologies (CSPT) and on increasing their market penetration; areas which directly align with ASTRI’s core goals.

He most recently worked with Spain’s National Renewable Energy Centre (CENER), where he was Director of the Solar Thermal Energy Department. During his six years with CENER, Dr Blanco was responsible for the successful establishment, development and management of the department, facilitating solar thermal technology’s penetration into the commercial European market. Dr Blanco led a 24 person-strong department overseeing projects and initiatives with a combined revenue of around €1.3 million per year in 2012.

Dr Blanco is the current Chair of the Executive Committee of SolarPACES, the International Energy Agency Implementing Agreement on Solar Power and Chemical Energy Systems.

During his career, Dr Blanco has been:

He has also participated in a large number of national and international expert groups and committees, and represented Spain, in various international scientific forums. Dr Blanco has played a leading role in most major CSPT R&D and demonstration projects undertaken in Europe in the last 25 years.

In 2000, he led the Plataforma Solar de Almeria to a place as one of six finalists for the René Descartes prize, the most prestigious international research collaboration prize awarded by the European Union