That outstripped the previous record set in 2009 by about 3,000 megawatts and represented about $25 billion in private investment, the association said.

Installations surged to 8,380 megawatts in the fourth quarter, as wind farm developers raced to install projects in time to claim a tax credit for wind-electricity production that was set to expire at the end of 2012.

Congress extended the PTC as part of a New Year’s Day deal on tax policy, allowing projects that start construction in 2013 to claim the credit as well. 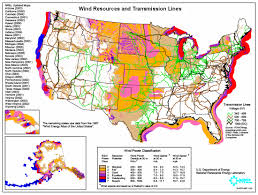 The uncertainty leading up to the deadline took a toll. The wind energy industry has only two new wind farm projects totaling 42.9 megawatts currently under construction.

Many developers stopped planning new wind power projects last year until Congress made a decision about the PTC.

“It was a situation where everything halted,” said Liz Salerno, the wind association’s chief economist. Activity on new projects is under way, she said, “but the translation from that into megawatts might take us a little bit of time” because wind projects can take more than a year to complete.

Rob Gramlich, the wind association’s interim chief executive, said wind companies are currently “just focused on getting back to work [and] on hiring people back.”

More uncertainty looms because Congress has yet to decide whether to let the credit lapse after 2013 or extend it further. “There is a lot of uncertainty obviously about what the legislative outlook is going to look like later,” Mr. Gramlich said.

Texas added the most wind energy capacity of any state in 2012, installing 1,826 megawatts, followed by California, Kansas and Oklahoma, each of which installed more than 1,000 megawatts, the report said.

In total, the U.S. now has about 60,000 megawatts of wind capacity, enough in theory to power about 15 million homes at any given time, even accounting for variable wind conditions, the wind association said. Through November, wind power accounted for about 3.4% of U.S. electricity generation in 2012, according to the U.S. Energy Information Administration.

The wind energy association’s report said 66 utilities have now contracted for active wind-farm projects, up from 45.