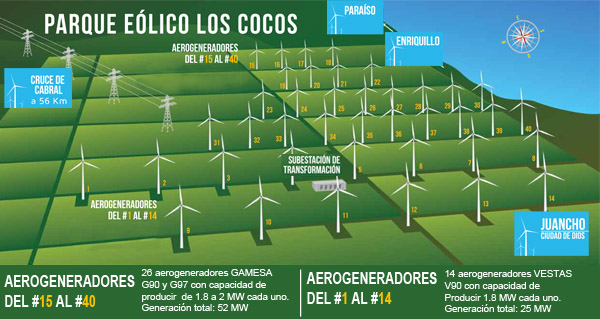 The wind energy facility is linked to the wind turbines installed in nearby Enriquillo, Barahona.

President Danilo Medina headed the ribbon cutting for the second phase of the Los Cocos wind farm, in the southwest town of Juancho, built by the power company Ege-Haina at a cost of US$100.0 million.

He said Ege-Haina’s US$700 million investment leads the country’s electricity generation sector and technological innovation since 1999.