Europe installed and connected to the network a total of 293 offshore wind turbines in 2012. In total, has installed a total of 1,662 wind turbines at sea in 61 wind farms in 10 countries, according to the European Wind Energy Association (EWEA, for its acronym in English).

These 293 wind turbines generate 1165 megawatts in 2012, representing an increase of 33 percent over 2011, which had a capacity of 874 megawatts. In total installed wind power capacity totaled 4995 megawatts. 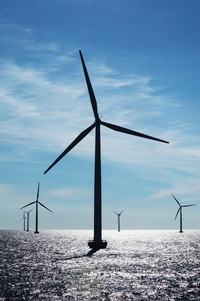 By country, the United Kingdom remains the leader with nearly 60 percent of the installed capacity of wind power at sea. Continues Denmark (18%), Belgium (8%) and Germany (6%). 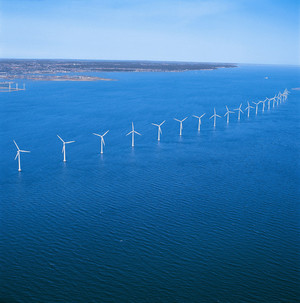 For the director of the EWEA, Justin Wilkes, the offshore wind energy is growing “solid”, but this strength is not consistent with the fact that the industry has been “hit by political and regulatory instability, the economic crisis and the high cost of capital and austerity. ”

In addition, Wilkes stressed that Europe leads the world in offshore wind, which could create even more jobs if governments give greater certainty in their policies to investors and resolve connection problems.

The wind turbines installed in 2012 represent investments of 4,000 million euros in wind farms. The outlook for 2013 and 2014 are positive, with 14 projects under construction, which will cause an increase in the installed capacity to 3,300 megawatts and others that give a total capacity of this technology to Europe than 8,300 megawatts.