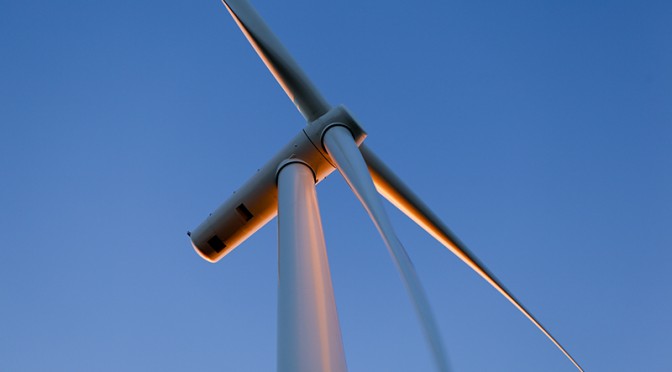 Clean Wind Energy Tower, Inc. (OTCBB: CWET, the “Company”) announced today that the Company has engaged a new consultant to analyze, assess and prepare an application for the Company to market the potential carbon credits which will result from a planned project in Mexico and Investment Tax Credits that should result from a project in Arizona.

In January of 2012, the Company worked with Green Giant Venture Fund to “assess the potential of CWET’s emission reduction project on the worldwide carbon credit markets” and provide “future services”.

During the past year, the Company has significantly refined and downsized the proposed initial Tower design and secured zoning for a Tower project in San Luis, Arizona, which the Company determined was not eligible for carbon credits but was eligible for Investment Tax Credits.

For this reason, the Company has chosen to engage one firm to pursue both financial opportunities.

Ronald W. Pickett , CEO, stated, “Each of these projects command certain skill sets to maximize the potential financial incentives. We are confident that it is in the best interest of our shareholders to integrate the research and work required to pursue the carbon credits on one project and the Investment Tax Credits on the other simultaneously under one roof.” The Company is in the process of valuing the Carbon Credits based on the current location guidelines for the project in Mexico. Investment Tax Credits for the Arizona project are conservatively projected, based on IRS guidelines, to be in excess of $250M.

Clean Wind Energy, Inc. a wholly owned subsidiary of Clean Wind Energy Tower, Inc, has designed and is preparing to develop, and construct large “Downdraft Towers” that use benevolent, non-toxic natural elements and operate with virtually no carbon footprint, fuel consumption, or residual waste to generate electricity and clean water economically by integrating and synthesizing numerous proven as well as emerging technologies. This technology will generate clean, cost effective and efficient electrical power without the damaging effects caused by using fossil or nuclear fuels, and other conventional power sources.

The Company has successfully managed to downsize the Tower-reducing capital costs and improving projected financial performance.   The Company recently announced the completion of weather data models that confirm that the first tower height can be lowered from 3,000 feet down to 2,250 feet.  This development was made possible by utilizing our recently announced software which can calculate and predict energy production by our Downdraft Towers given local weather data. By feeding the weather data for southwestern Arizona / northern Mexico into the program, the Tower’s height and diameter can be adjusted along with the amount of water added as fuel to create a desired amount of energy. The outcome dictates the optimum size of the Towers height and width.

Under the most recent design specifications the first Tower, located in San Luis, Arizona, has a projected output capacity, on an hourly basis, of up to 1,000 megawatt hours, gross.  Using a 70% capacity factor the Tower’s potential hourly yield would be 700 megawatt hours from which, approximately 17% will be used to power its operations, yielding approximately 600 megawatt hours available for sale to the power grid. Currently, in California avoided costs are running approximately $0.11 per kilowatt hour.  As an independent power producer of clean renewable energy, the Company will not be selling power directly to consumers but rather to the grid.

The Company’s core objective and focus is to become a provider of clean efficient green energy to the world communities at a reasonable cost without the destructive residuals of fossil fuel, and to help broker the chasm between both, while continuing to generate innovative technological solutions for today and tomorrow’s electrical power needs. In addition to constructing Downdraft Towers in the United States and abroad, the Company intends to establish partnerships at home and abroad to propagate these systems and meet increasing global demand for clean water and electricity. Clean Wind has assembled a team of experienced business professionals, engineers and scientists with access to the breakthrough energy research upon which this technology is founded and the proven ability to bring the idea to market. Clean Wind Energy, Inc. has filed several patents that the Company believes will further enhance this potentially revolutionary technology.  Clean Wind Energy, Inc. is based in Annapolis MD, and is traded on the OTCBB under the symbol ‘CWET’.  For more information visit www.cleanwindenergytower.com