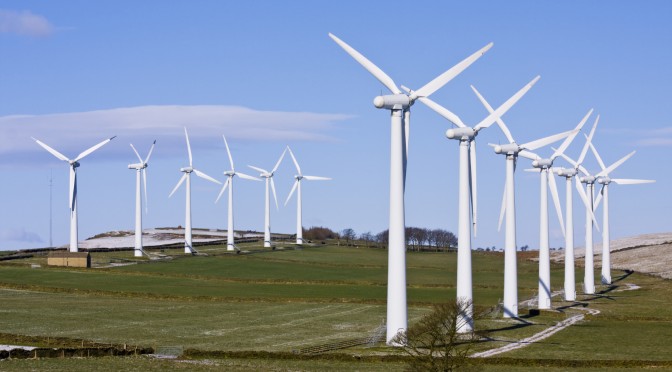 AWEA is ringing in the New Year by showing off some of its best work in 2012. The following 10 articles, letters, op-eds, and blog posts highlight some of our best efforts to counter inaccurate and misleading information about wind power in the news.

Let’s all enjoy the trip down memory lane and as always, to learn the truth about wind power, please visit http://www.truthaboutwindpower.com/.

Huffington Post
What Critics of Wind Power’s Incentive Miss, by Denise Bode
“As the prospect of Congress extending wind energy’s primary incentive, the federal Production Tax Credit (PTC), has grown in recent weeks, so have both support and criticism.

“On the positive side, the Des Moines Register, Denver Post, and Chicago Sun-Times have all editorialized in favor, joining a number of other major newspapers already on record in support (for example, the Daily Oklahoman, the Houston Chronicle, and The New York Times). The Wall Street Journal, meanwhile, on Friday continued its steady drumbeat of broadsides against renewable energy in general and the wind tax credit in particular.”
Read more:  http://www.huffingtonpost.com/denise-bode/wind-energy-tax-credit-_b_1821279.html

“While Zycher, a visiting scholar at the American Enterprise Institute, invokes Ronald Reagan, it’s worth noting that support for extending the federal wind energy Production Tax Credit (PTC) crosses party lines at every level of leadership. A bipartisan coalition of the nation’s governors formed the Governors’ Wind Energy Coalition to work for extension of the PTC before it expires at the end of December, and congressional delegations from every region of the U.S. include majority, if not unanimous support for extension.”
Read more: http://thehill.com/blogs/congress-blog/energy-a-environment/272199-energy-diversity-will-power-our-economy

New York Times
Our Energy Choices and Climate Change, by Denise Bode
“’There’s Still Hope for the Planet,’ by David Leonhardt (Capital Ideas, Sunday Review, July 22), tries to put a positive spin on the general lack of response to the climate crisis, but errs in identifying increased use of natural gas as a positive step. He would have you believe that the gas industry is making great strides toward a climate solution through ingenious fracking technology.

“In reality, the opposite is true. Several recent studies have found that natural gas is not an effective bridge fuel to a carbon-free future. Only rapid deployment of low-emission technologies will achieve substantial climate benefits.”
Read more:  http://www.nytimes.com/2012/07/30/opinion/our-energy-choices-and-climate-change.html

Glenwood Springs (Colo.) Post Independent
Wind power equals mile high progress for Colorado, by John Anderson
“Proven reliable and affordable, wind power is good for America and for Colorado, and on pace to meet 20 percent of the nation’s energy needs by 2030.

“Colorado wind power already supports up to 5,000 construction and maintenance jobs, and wind farm owners are paying $10 million a year in taxes to Colorado communities.

“In total, the American wind industry currently attracts up to $20 billion in private investment annually, all driven by the Production Tax Credit (PTC), and provides significant economic benefits through local tax revenue.

Roll Call
Wind Power Is Good for Economy, Environment, by John Anderson
“Wind power is homegrown and the majority of its jobs are, too. Today, almost 500 American manufacturing plants build wind components and more than two-thirds of a U.S.-installed turbine’s value is produced in America.

“Moreover, a Bush-era Department of Energy report found that increasing wind energy’s contribution to 20 percent of our electricity by 2030 would support 500,000 jobs and increase payments to farmers and other landowners to more than $600 million a year.

“The promise of wind power in America is clear, and it’s supported by the majority of Americans.

Despite wind power’s benefits, misunderstandings persist about its effect on wildlife and its value in reducing air pollution and other harmful emissions from fossil fuels. A recent Roll Call opinion piece by Christine Harbin of Americans for Prosperity provided misleading information on both of these topics.”
Read more: www.rollcall.com/issues/58_33/Anderson-Wind-Power-Is-Good-for-Economy-Environment-218604-1.html

Power of Wind
American Enterprise Institute epic FAIL on study of wind costs, by Michael Goggin
“We were recently alerted to a lengthy attack on wind energy that was released by the American Enterprise Institute (AEI) in its ‘Energy and Environment Outlook.’ There are many serious errors in the paper, including two major mistakes that completely bring down the central argument of the paper. In a surprising turn, once those errors are corrected, the data presented in the paper actually make a compelling case for why America should be increasing its use of renewable energy.”
Read more: http://www.powerofwind.com/blog/post/fact-check-american-enterprise-institute-epic-fail-on-study-of-wind-costs_1

Politico
A vote for an ‘all-of-the-above’ energy policy, by Denise Bode
“The results of the 2012 elections represent a paradigm shift in U.S. energy policy.

“As the 18th-century English diarist Samuel Johnson said, ‘the prospect of a hanging concentrates the mind wonderfully.’ In the energy field, it was the oil shocks of the 1970s that first focused our attention on the peril of banking our future on fossil fuels alone.”
Read more: http://www.politico.com/news/stories/1112/83871.html

“Wind has added billions of dollars of new investment into the nation’s economy, provided local communities with millions in new-found tax revenue, and allowed electric utilities to lock in costs for years in advance and protect themselves and consumers against volatile fossil-fuel prices with a clean, affordable energy source.

“Along the way, wind power has created tens of thousands of jobs and helped spur an American manufacturing renaissance. Today nearly 500 U.S. manufacturing plants located in all regions of the country serve the industry.”
Read more: http://energy.nationaljournal.com/2012/12/should-congress-support-wind-t.php#2275799

The Hill
Wind power saving consumers money, by Tom Vinson and Michael Goggin
“In a December 12 blog post, Ozzie Zehner makes a peculiar argument that has strangely become the rallying cry of the vocal few who are opposed to renewable energy: using more wind energy is bad because it keeps electricity prices low. On behalf of the wind industry, we plead guilty as charged.

“As Zehner knows, there is a large body of evidence indicating that increasing our use of wind energy drives electricity prices down. A May 2012 study by Synapse Energy Economics found that adding wind energy in the U.S. Midwest would save consumers between $65 and $200 per year.”
Read more: http://thehill.com/blogs/congress-blog/energy-a-environment/273251-wind-power-saving-consumers-money

Into the Wind Blog
American Energy Alliance’s anti-wind cartoon caricatures facts, by David Ward
“The American Energy Alliance, a fossil-fuel funded group, recently posted a cartoon online consisting of a series of recycled anti-wind myths (hey, at least they believe in recycling). From our perspective, their cartoon is indeed good for a chuckle, as every one of its so-called facts about wind power has previously been thoroughly rebutted. Actually:

“American wind power is rapidly growing. Wind energy last year was the leading source of new electrical generation in America. Over the past five years, it has accounted for 35% of all new electrical generating capacity, more than twice as much as coal and nuclear combined.”
Read more: http://www.awea.org/blog/index.cfm?customel_dataPageID_1699=20962