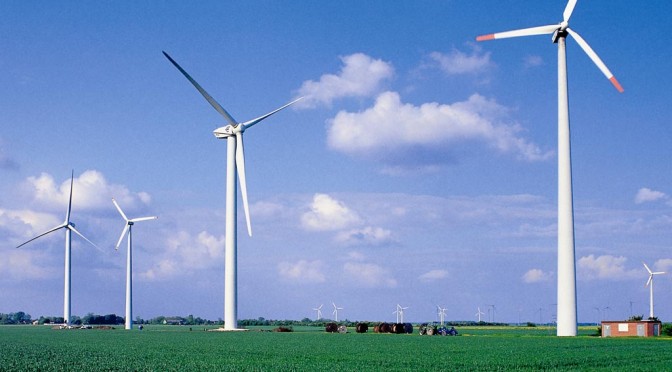 First Wind, an independent U.S.-based renewable energy company, today announced it hopes to increase its operating portfolio of wind projects by 50 percent or more after the recent extension of the federal tax credits by Congress last week.

The ambitious effort could mean that thousands of people will be employed building new First Wind projects over the next few years along with millions of dollars in investment and new revenue generated for host communities and others, while delivering cost-competitive clean energy to more homes across the country. First Wind currently operates 980 megawatts (MW) of wind projects in six states across the United States.

“With the passage of the wind energy tax credit extension, First Wind and other wind energy companies around the country have predictable federal policy in place that will allow for millions of dollars of investment in local communities over the next few years,” said Paul Gaynor, CEO of First Wind. “We are planning to substantially expand our portfolio – by as much as 50 percent or more – with several projects starting construction by the end of 2013. That will mean jobs and investment, and consumers will be getting clean energy at a competitive price.”

The bill passed last week would cover all wind projects that start construction in 2013. The new legislation includes language that projects meeting certain criteria by December 31, 2013 to be “in construction” will be eligible for the tax credits. First Wind already has a number of projects in late stages of development that could be ready for early construction work by the end of the year. Some of the prospective projects that could meet this criteria include several projects in Maine, along with possible projects in Oregon, Washington, Idaho, Utah and Hawaii. In addition, First Wind is also exploring possible projects in other areas of renewable energy to complement the company’s nearly 1,000 MW wind power portfolio.

“The extension of the tax credits will continue the momentum that First Wind and the wind industry have experienced in recent years. It is also an acknowledgement by our leaders in Washington that renewable energy project development and construction is a growing and vital part of the US economy and creates critical short and long-term jobs,” said Gaynor. “Just as important, it is a win for consumers, as wind energy projects will continue to deliver cost-competitive clean energy to more and more homes across the country.”

“With the extension of tax credits behind us, we must now move away from the existing system that creates an unnatural boom and bust cycle for wind project development and construction that occurs as the tax credits expire,” added Gaynor. “We need to move forward to put wind energy on a level playing field with other forms of energy – especially those generated by fossil fuel consumption.”

Nearly 1,000 people worked on the construction and development of the five wind projects First Wind brought online in 2012.

First Wind is an independent renewable energy company exclusively focused on the development, financing, construction, ownership and operation of utility-scale renewable energy projects in the United States. Based in Boston, First Wind has wind projects in the Northeast, the West and Hawaii, with combined capacity of 980 megawatts (MW) – enough to power almost 300,000 homes each year. For more information on First Wind, please visit www.firstwind.com