It came a day late, but US politicians in Washington finally approved on Tuesday a major piece of legislation that would increase taxes only on the most wealthy Americans as well as extending the highly-successful Production Tax Credit (PTC) on wind power projects.

Backed by both the Senate and the House of Representatives, the bill was designed to stop the nation going over the so-called “fiscal cliff” 31 December because of planned tax increases for almost all Americans and aggressive program cutbacks.

One of the key elements of the bill was to keep promoting America’s quest for increased amounts of green energy. As such, it contained a provision to extend the PTC — a tax incentive that has been instrumental in driving growth in the rapidly-expanding US wind energy sector — through the end of 2013.

Early markets in the US and around the world responded well to news of the bill being passed and officials at the American Wind Energy Association (AWEA) were ecstatic.

An AWEA press release said America’s 75,000 wind energy workers celebrated over the continuation of policies expected to save up to 37,000 jobs and create far more over time, and to revive business at nearly 500 manufacturing facilities across the country.

“The extension of the wind energy Production Tax Credit (PTC), and Investment Tax Credits for community and offshore projects, will allow continued growth of the energy source that installed the most new electrical generating capacity in America last year, with factories or wind farms in all 50 states,” the press release said.

Vestas President and CEO, Ditlev Engel, also welcomed the news: “Vestas commends the President and Congress for having agreed to extend the PTC, which confirms the bipartisan US commitment to a balanced, clean energy portfolio.” The company added that the US market will be stronger as a result.

AWEA noted the bill would cover all wind projects that start construction in 2013, and not necessarily start operation in 2013, something that companies that manufacture wind turbines and install them sought to allow for the 18-24 months it takes to develop a new wind farm. Wind farms will be able to benefit from the tax credit over their operating life even if they start operating in 2014. The New York Times reported on 27 December that wind power companies were rushing to have projects completed by the end of 2012 in order to qualify for the PTC under the old rules.

AWEA added that US wind energy workers have been living under threat of the PTC’s expiration for over a year and layoffs had already begun, as companies idled factories because of a lack of orders for 2013. Uncertain federal policies have caused a “boom-bust” cycle in US wind energy development for over a decade. 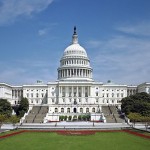 “On behalf of all the people working in wind energy manufacturing facilities, their families, and all the communities that benefit, we thank President Obama and all the Members of the House and Senate who had the foresight to extend this successful policy, so wind projects can continue to be developed in 2013 and 2014,” said Denise Bode, CEO of AWEA for the past four years.

“Now we can continue to provide America with more clean, affordable, homegrown energy, and keep growing a new manufacturing sector that’s now making nearly 70 percent of our wind turbines in the U.S.A.,” said Rob Gramlich, who was to become AWEA’s interim CEO on January 2 with Bode’s return to private practice as a tax attorney.