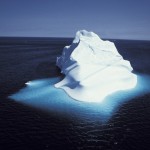 Beyond an anaemic international agreement to extend the Kyoto Protocol to 2020, it is hard to see what positive momentum was achieved at the end of the two-week UN conference on climate change which ended on Saturday in Doha.

While almost 195 nations did endorse the proposal to extend Kyoto past 2012, no new targets for reducing toxic global greenhouse gas emissions from burning fossil fuels and no binding plan to keep global temperature rise to no more than 2 degrees Celsius were announced.

Even the Executive Secretary of the UN Framework Convention on Climate Change (UNFCCC), Christiana Figueres, gave a luke warm response to the meeting.

“There is much work to do. Doha is another step in the right direction, but we still have a long road ahead. The door to stay below two degrees remains barely open. The science shows it, the data proves it,”Figueres said in a press release.

“The world has the money and technology to stay below two degrees,” she said. After Doha, it is a matter of scale, speed, determination and sticking to the timetable.”

The press release also said countries did agree to a firm timetable to adopt a new universal climate agreement by 2015, which would see by 2020 both developed and developing nations cut greenhouse gas emissions.

Reaction to the conference ranged from resignation to tepid acceptance to despair to out and out anger.

Connie Hedegaard, the EU climate chief, quoted in The Guardian, said: “In Doha, we have crossed the bridge from the old climate regime to the new system” Hedegaard said. “We are now our way to the 2015 global deal. It was not an easy and comfortable ride. It was not a very fast ride either. But we have managed to cross the bridge. Very intense negotiations lie ahead of us. What we need now is more ambition and more speed.”

The Union of Concerned Scientists (UCS), a leading US science-based nonprofit organisation, said the impact of the meeting on reducing actual emissions to the atmosphere is, at best, minimal.

“Science tells us that time is running out to address the ever-clearer threat of human-induced climate change,” Alden Meyer, UCS’s director of strategy and policy, said. “When they come to the climate negotiating table next year, the United States and other countries must make sure to bring ambition, creativity, and the political courage to stand up to the fossil fuel polluters lobby with them. Our future is at stake, and we have no more time to lose.”

The Doha talks were condemned by Greenpeace International which described them as so full of loopholes they will have little or no effect on carbon emissions.

“Today we ask the politicians in Doha: Which planet are you on?” said Kumi Naidoo, Executive Director of Greenpeace International.

“Clearly not the planet where people are dying from storms, floods and droughts,” Naidoo said. “Nor the planet where renewable energy is growing rapidly and increasing constraints are being placed on the use of dirty fuels such as coal. The talks in Doha were always going to be a modest affair, but they failed to live up to even the historically low expectations.”

The news agency Reuters reported that following the lack of action at the Doha meeting many of those most concerned about climate change are close to despair.

“Much, much more is needed if we are to save this process from being simply a process for the sake of process, a process that simply provides for talk and no action, a process that locks in the death of our nations, our people, and our children,” Reuters quoted Kieren Keke, the foreign minister of Nauru who fears his Pacific island state could become uninhabitable, as saying.

Despite the pessimism surrounding the talks, the European Wind Energy Association (EWEA) does agree with Figueres’ statement that solutions are already available to reduce greenhouse gas emissions. EWEA has also called repeatedly for a new binding and strengthened international agreement on emissions reductions.

Numerous studies over the past several years have pointed out that wind power and other renewables have the potential to help lead the world to a low- or no-carbon future later this century as well as driving a vibrant new green economy.

In mid-November, a report that Greenpeace International and the Global Wind Energy Council (GWEC) released showed wind power could supply up to 12% of global electricity by 2020, create 1.4 million new jobs and reduce CO2 emissions by more than 1.5 billion tons per year, more than five times today’s level.

By 2030, the report added, wind power could provide more than 20% of global electricity supply.

“It is clear that wind energy is going to play a major role in our energy future,” said Steve Sawyer, Secretary General of GWEC. “But for wind to reach its full potential, governments need to act quickly to address the climate crisis, while there’s still time.”