In the second of this two-part interview, EWEA 2013 Annual EventChair Francesco Starace, CEO of Enel Green Power, explores the recent developments in the wind power sector and looks at the sector’s prospects ahead…

EWEA’s last Annual Event in Copenhagen is already over six months ago, what key developments – positive and negative – have taken place since then?

With respect to Europe, the tightening of national budgets due to austerity measures and the fears of the impact of a rising electricity bill in a weak economic environment have led many governments to operate further regulatory changes, sometimes not very fortunate, especially when involving retroactive changes on power plants already installed. Nevertheless, a very important milestone has been reached by the European wind industry: the EU-wide wind installed capacity has reached 100GW – notably, half of which installed just in the last six years – and new and interesting signals are coming from emerging markets in Eastern Europe, North, South America and  North African countries.

A large variety of new players are entering the renewables market, investment funds are taking merchant positions and pension funds are investing in wind as an alternative to Government Bonds in Europe (i.e. Danish pension fund Pension Danmark)

The modern wind energy industry is said to be around 30 years old and has experienced dramatic growth during that time, how you do foresee the next 30 years?

With 30 years of additional technological and industrial development, I see wind becoming a mainstream contributor to the electricity production portfolio in many parts of the world. Wind farms will play an important role not only in energy production, but also in the ancillary services that thermal generation is providing today. 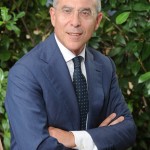 Cost reduction and grid integration will be such that in many parts of the world wind farms will play the role that combined cycle gas turbines play today.

A consolidation in the industry will have taken place, with larger and more globally integrated players and some niche very specialised technology providers.

The challenges ahead are numerous and complex, but so are the opportunities. Hence, the next 30 years will likely be another exciting period for the wind industry.

Why is EWEA 2013 important for Enel Green Power?

We are looking for growth opportunities in those countries where wind conditions are suitable to wind energy development, the energy demand is growing and the regulatory framework is reliable and stable.

With its presence in 16 countries and close to 7.6 GW of installed capacity in 16 countries as of 2012 – of which almost 4GW are wind – EGP is a global player with global supply chains. Our plan for 2016 is to reach 6.9GW of wind installed capacity. For this reason, we consider strengthening and enlarging our network of business contacts as strategically important, as well as increasing our capacity to anticipate the industry, technology and regulatory trend and promote the interests of the European wind industry among institutional player.

The EWEA 2013 Annual Event represents for Enel Green Power an opportunity of growth under all these aspects.