Wind power and other renewables will become the become the world’s second-largest source of power generation by 2015 and close in on coal as the primary source by 2035, according to the International Energy Agency (IEA).

“A steady increase in hydropower and the rapid expansion of wind and solar power has cemented the position of renewables as an indispensable part of the global energy mix,” the IEA said Monday in its annual World Energy Outlook report.

“The rapid increase in renewable energy is underpinned by falling technology costs, rising fossil-fuel prices and carbon pricing, but mainly by continued subsidies: from $88 billion globally in 2011, they rise to nearly $240 billion in 2035,” the report added.

It also noted that incentives for renewable energies need to be adjusted over time as the cost of the technologies continue to fall and capacity increases.

An accompanying press release, however, noted that global fossil fuel subsidies in 2011 alone jumped by close to 30% to $523 billion. 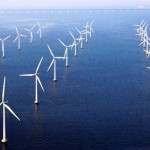 In launching its report in London, the IEA said the global energy map is changing so dramatically that expectations about the role of countries, region and fuels in the world’s energy system over the next several decades will be thoroughly recast.

“North America is at the forefront of a sweeping transformation in oil and gas production that will affect all regions of the world, yet the potential also exists for a similarly transformative shift in global energy efficiency,” said IEA Executive Director Maria van der Hoeven.

She also said that the new report shows that energy savings equal to nearly one-fifth of global demand can be achieved by 2035.

“Energy efficiency is just as important as unconstrained energy supply, and increased action on efficiency can serve as a unifying energy policy that brings multiple benefits,” van der Hoeven said.

The report said that the extraordinary growth in oil and natural gas output in the United States will mean a sea-change in global energy flows. The US, it added, will become a net exporter of natural gas by 2020 and will become almost self-sufficient in energy by 2035.

North America will become a net oil exporter, the report said, accelerating the switch in direction of international oil trade, with almost 90% of Middle Eastern oil exports being drawn to Asia by 2035.

“While regional dynamics change, global energy demand will push ever higher, growing by more than one-third to 2035,” the report said. “China, India and the Middle East account for 60% of the growth; demand barely rises in the OECD, but there is a pronounced shift towards gas and renewables.”

Fatih Birol, IEA Chief Economist, said the report added that, in the absence of a concerted policy push, about two-thirds of the economically-viable potential to improve energy efficiency will remain unrealised through to 2035.

“Action to improve energy efficiency could delay the complete ‘lock-in’ of the allowable emissions of carbon dioxide under a 2oC trajectory – which is currently set to happen in 2017 – until 2022, buying time to secure a much-needed global climate agreement,” Birol said. “It would also bring substantial energy security and economic benefits, including cutting fuel bills by 20% on average.”

Energy efficiency improvements can be achieved simply by adopting measures that are justified in economic terms, the report said, adding greater efforts on energy efficiency would cut the growth in global energy demand by half.